It is a tribute to Ron Wood and his good nature that when he recorded his first solo album, I've Got My Own Album To Do, he managed to enlist the help of an all-star cast of British Rock stars: Mick Jagger, Keith Richards, Rod Stewart, Paul McCartney, George Harrison and even an uncredited David Bowie.
They all came to his house in Richmond to help their buddy out and they all left their egos inside the sports cars and limosines parked outside. 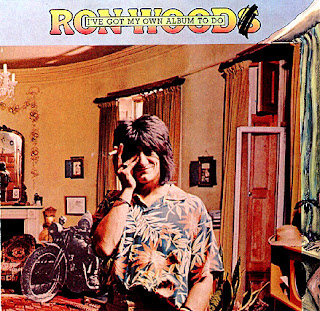 Writing credits for "Act Together" belong to Mick and Keith, but in his autobiography, Life, I could swear Keith said he wrote it either by himself or with Ronnie.  I've lent out my copy of Life so maybe someone can fill me in. In any case the two were best mates and with Mick Taylor's departure, The Stones brought Woody on board in 1975 for the album Black and Blue and when The Faces finally broke up...well,  the rest, as they say, is history. 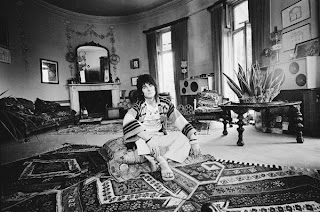 You can argue an entire night about what makes the best cut on this album . Hell, you can even argue whether this is the last great Stones album. ( I'd say Some Girls and Keef's Talk is Cheap qualify) I love the boozy feel of "Act Together". Is this another song Keith wrote to Mick or Anita Pallenberg? Does it even matter? The lyrics work for both of those stormy relationships:

" We should try get our love together.
Once in a while,
put ourselves together
It's looking good.
Let's get our shit together.
Sure won't hurt you now."