40 Year Itch: Our Bodies, Ourselves


1972 was an odd year for artists who wanted to bare more than their souls on record.
Here are eight of the most, um ,  interesting examples. 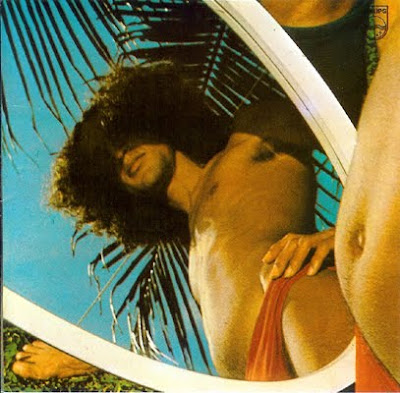 I don't go to Caetano Veloso for odd, avant garde experimental sounds. Not when he can deliver albums like Transa. I guess I'm not alone. Araca Azul has established itself as the Brazilian Metal Machine Music. It's not that bad  but, really, what music fan in his right mind--or her right mind-is going to walk up to the register with an album that looks like this? 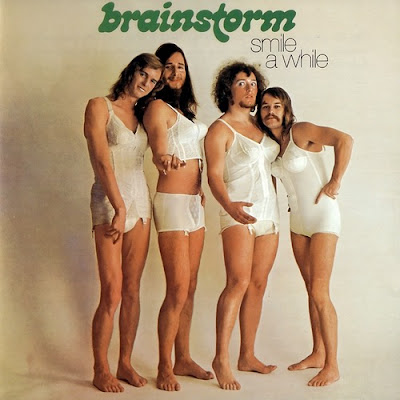 BRAINSTORM : SMILE A WHILE

Brainstorm recorded a highly entertaining mix of krautrock/prog/jazz-rock that may remind some of the Canterbury scene. Not sure anybody has explained why the band dressed up in ladies undergarments for the cover. I guess to make you smile a while? 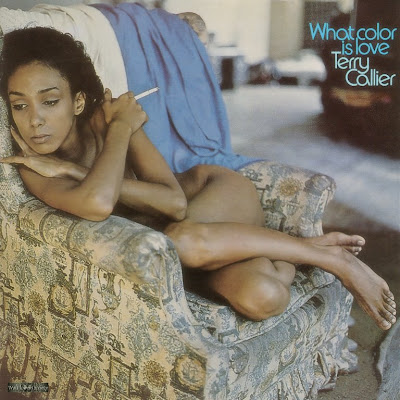 Obviously this isn't Terry Callier on the cover but I'm not going to pass up an opportunity to write about Terry Callier. I got into the Terry Callier appreciation club later than most, via Beth Orton's 1997 Best Bit EP. Callier has a soulful voice and plays a sweet acoustic guitar but so do Bill Withers and Richie Havens. Callier also adds tasteful, borderline cheesy in some cases, jazz instrumentation. In 1972 he made What Color Is Love, an album as beautiful as the woman posing on the cover. 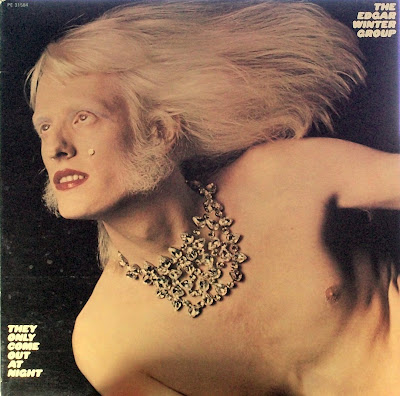 THE EDGAR WINTER GROUP: THEY ONLY COME OUT AT NIGHT

The Edgar Winter Group's They Only Come Out At Night features the #1 million selling instrumental "Frankenstein" and the #4 single "Free Ride" as well as a shirtless cover of Winter wearing jewelry so elaborate it would embarrass the Queen of England. 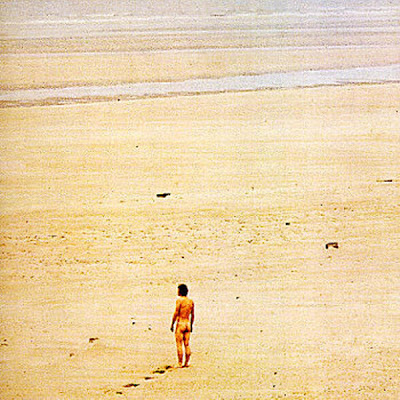 From, Jean-Claude Vannier,  a French producer and arranger who worked closely with Serge Gainsbourg comes L'Enfant Assassin Des Mouches,  a big budget no holds barred album that promises to overload the auditory senses with its mix of symphonic rock , huge choruses and sound effects. I think that's Vannier posing on the cover photo which suggests a completely different kind of album. 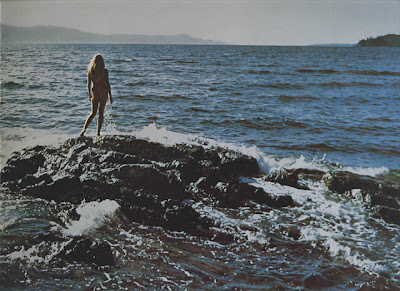 JONI MITCHELL : FOR THE ROSES

Long before there were hidden tracks on CDs, Joni Mitchell offered a hidden photo of herself, in the nude, on the inside cover of her gold album  For The Roses. Although Wikipedia's entry suggests she's looking out upon the ocean, I'd say this is more likely The Strait of Georgia, off Vancouver Island. But I can't prove it. This is the album in which Joni begins exploring some of those jazz sounds with Tom Scott which would lead to such highs as Court and Spark and The Hissing of Summer Lawns and lows like the live album Miles of Aisles and a few others I'm too polite to name. 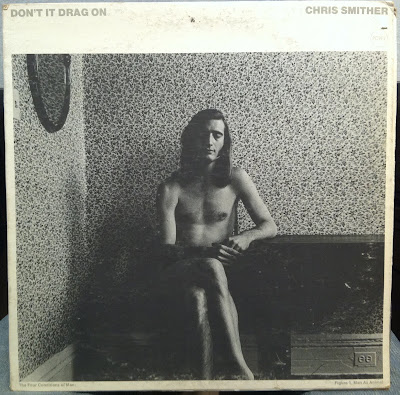 CHRIS SMITHER : DON'T DRAG IT ON


The great Duane Michals took this shot of Smither, a singer-songwriter who Bonnie Raitt called "my Eric Clapton" Despite her championing Smither hasn't had the best of careers but this album, recorded at Bearsville Sound Studio in Woodstock,NY, has a great feel to it and belongs in your "I must listen to this really soon" pile. 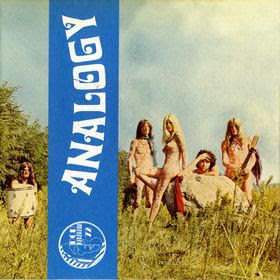 Analogy was a German psychedelic band based in Italy whose female vocalist was apparently not hired for her singing talent.