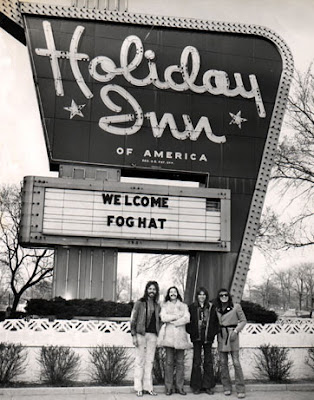 When "Lonesome" Dave Peverett decided he had enough of Savoy Brown the singer/guitarist took the band's drummer Roger Earl and bassist Tony Stevens with him. With the addition of lead guitarist Rod Price, the band signed with Bearsville and went into the studio, first with Todd Rundgren and later with Dave Edmunds. 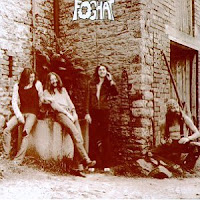 "Dave was very much into early Elvis and the Sun Records thing," Peverett recalls. "I loved the phasing effects he got on the vocals. He wasn't scared to try off-the-wall sound ideas."

As the band finished off the album, all they were missing was a name. How about Brandywine Track? Hootch? Finally Peverett offered up a name he made up playing scrabble with his brother : Foghat.

Foghat's debut LP reached #127 on the U.S. album charts, with the single, a cover of Willie Dixon's "I Just Want To Make Love To You" reaching #83 on the Billboard Singles charts. Foghat would dominate the 70's with their boogie rock, selling 8 gold records, one platinum and a live album that would go double platinum.
at 2:00 AM