Met Her at the Burger King 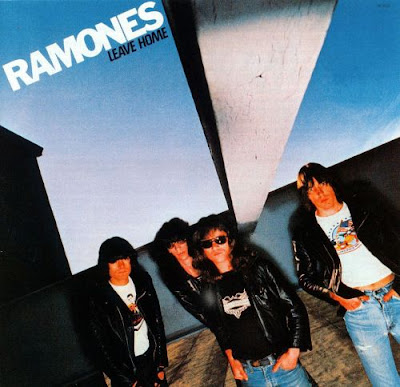 The Ramones : Oh Oh I Love Her So

By the time The Ramones released their second album, Leave Home, on January 10, 1977, they were one of the hardest working bands in the world. They would play 146 songs in '77, including a European tour with Talking Heads.

In Commando, Johnny Ramone described life in the Ramones in this way:

We recorded throughout our career whenever we got a break --it was the circuit: record, tour, record, tour. We did well in the studio. I worked fast, and the band was good at it. Joey always took a long time getting lyrics together and doing the vocals, but the songs were written in a certain way, and everyone else's parts were always done quickly.

The first three records are filled with fun memories for me. The record company wasn't putting the kind of pressure on us that they later would to get on the radio. And I wasn't thinking about what the possibilities were. I wouldn't have known how to calculate success even if I chose to. It was like the American dream. We just said, if it isn't available, we'll make it happen. Or we;ll go to war, Or we'll secede, Or we'll go somewhere else. And so we just created the Ramones on a hope and a prayer and on our guts.

Gradually, the music critics realized the band wasn't a one punchline joke. In fact the New Music Express declared "Above all they are the best group on the planet at this moment and time".

Let's face it: nobody in the Class of '77 could keep up with The Ramones.