A Shiver in the Dark 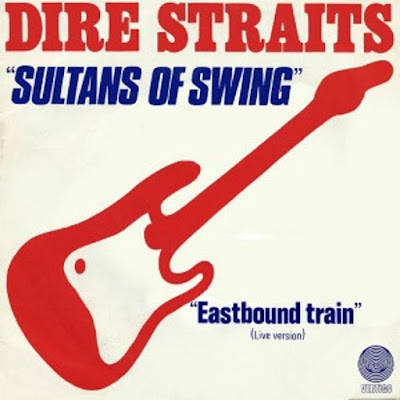 On July 19, 1978 Dire Straits played their debut single, "Sultans of Swing" live on the BBC.  Released in May of 1978,  a year when disco and punk still ruled, the song was virtually ignored by everyone except London broadcaster Charlie Gillett who would play it on his local show. It wouldn't be until a year later, after Warner Brothers signed the band, that the "Sultans of Swing" would take off, reaching #4 on the Billboard Hot 100 and UK#8.

In the early 80's Dire Straits would be one of the biggest bands in the world.