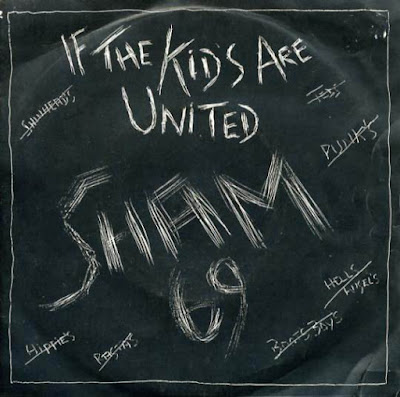 You won't find better cockney punk than Sham 69 guv'nor. The band released their quintessential teen anthem, "If The Kids Are United", on July 14 1978. This might have been the song that made Sham 69 working class heroes in America, but singer Jimmy Pursey's role in a big fight that went down on the roof of the Vortex a year earlier led U.S. authorities to deny him entrance.

Intellectuals at the time called Sham 69 the Slade of punk. Today that would be a complement.