Do They Owe Us a Living? 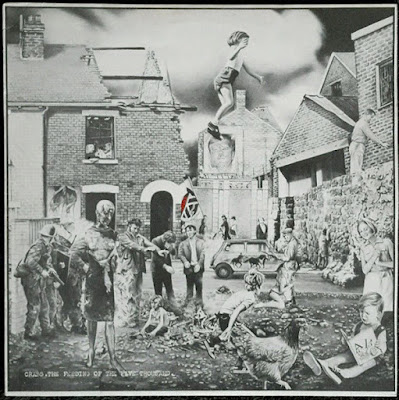 Crass : Do They Owe Us A Living?

In February of 1979 the anarcho-punk bund Crass released their debut album, The Feeding of the 5000. They announced "punk's dead", sang about anarchy, lived in a commune, distributed leaflets, and recorded this 17 track album featuring one of the great punk singalongs of all time, "Do They Owe Us A Living?". The answer is "Course They Do, course they do, course they fucking do".

You'll probably need the lyric sheet to understand what Steve Ignorant is singing.

The album begins with "Asylum", a punk poem that takes Patti Smith's opening lines on Horses (" "Jesus died for somebody's sins / But not mine") up quite a few notches (He hangs in glib delight upon his cross, above my body/ "Christ, forgive!" Forgive?! /Shit, fuck, I vomit for you Jesu. Shit forgive). Workers at the Irish pressing plant reportedly refused to manufacture the record due to the content so the album was at first released with two minutes of silence called "The Sound of Free
Speech". 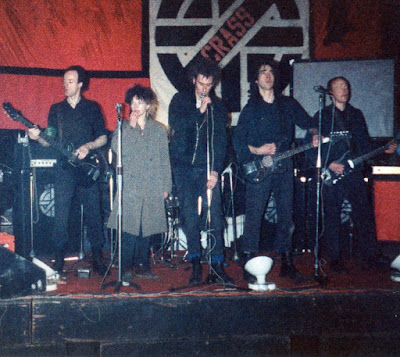 Over the years Crass took on an unrelentingly hostile British music press and the Tory government, playing benefit concerts and protesting everything from nuclear weapons to the Falklands War.

Crass had always promised to quit after five years of protesting capitalism, organized religion, sexism and racism. In 1984, they did just that.
at 2:00 AM