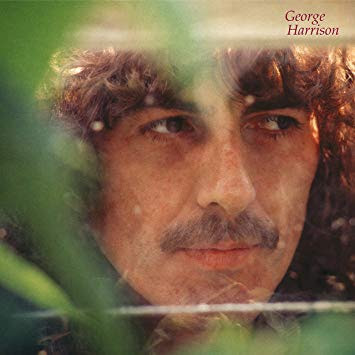 I think what happened between this album and the last album (Thirty Three and 1/3) is that everything has been happening nice for me. My life is getting better all the time, and I'm happy, and I think that it's reflected in the music -George Harrison


On February 20, 1979 George Harrison released his self-titled album, one of the very best of his career, and one that still gives me great pleasure forty years on. I realize now I bicycled across state lines, a major infraction at my boarding school, to buy a copy of this album in Millerton, New York's Oblong Books and Music store. All I had heard at this point was Top 20 hit "Blow Away", but I was hooked.

With the help of Eric Clapton, Steve Winwood and producer Russ Titelman ( Randy Newman's Good Ole Boys, Ry Cooder's Paradise and Lunch), Harrison gives us ten catchy songs that reveal his domestic bliss with new wife Olivia and the recent birth of his only child Dhani. 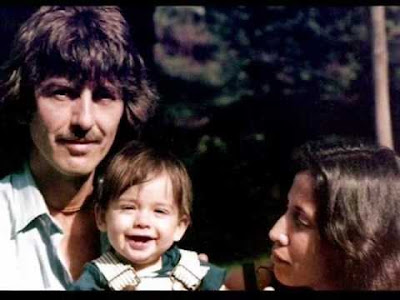 Critics were for the most part pleased. In his review for Rolling Stone, Stephen Holden calls George Harrison his finest album since All Thing Must Pass:

George Harrison is refreshingly lighthearted. The austere, pontifical tone is gone, and the singer sounds more like a happily eccentric gentleman/mystic than a burningly devout Krishna advocate.

Robert Christgau is less kind, grading the album a C:

In which Harrison returns to good old commercial rock and roll, he says, presumably because he shared songwriting on one track with Gary "Sure Shot" Wright and let Russ Titelman produce. Well, there is a good song here -- "Faster," about a kind of stardom. He remembers!


Although better known for embracing the cultures of India and Hindu, George Harrison was also an avid fan of Formula One racing. Especially after he befriended three time World Champion Jackie Stewart, who inspired the 1979 single "Faster" and even appeared as the chauffeur for the video.
" It's fascinating when you know the drivers and the teams and all their problems, and you can see them as people, " Harrison once said. " Because they are just people, but to go to work they have to get in this car and do 180 miles an hour." 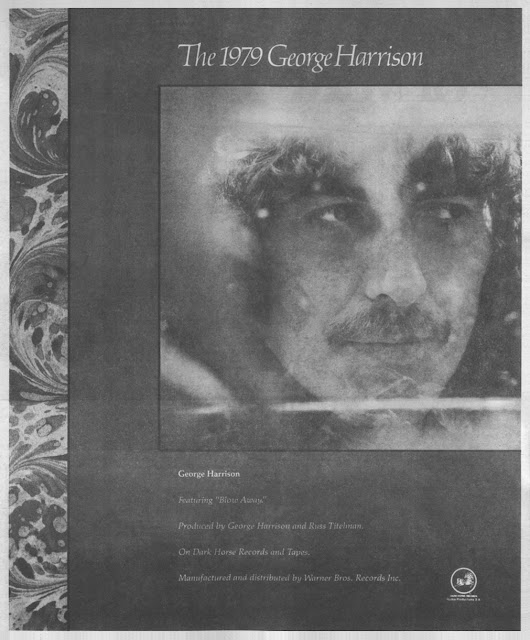 For most of us, this was the first time we got to hear Harrison's White Album era "Not Guilty", which may in fact be guilty of airing some of The Beatles dirty laundry with lines like:
I won't upset the apple cart I only want what I can get
I'm really sorry that you've been misled
But like you heard me said  Not guilty

My favorite deep cut is "Dark Sweet Lady", his love song to Olivia, which ends with the simple line "I love you dearly".