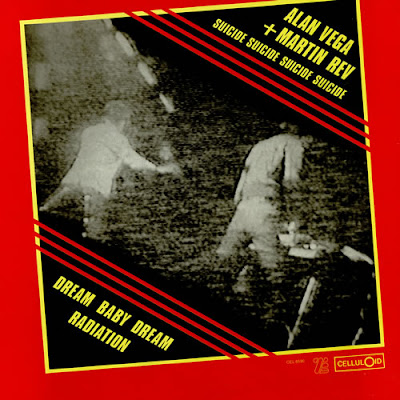 In 1979 the New York duo Suicide released "Dream Baby Dream" b/w "Radiation" . Produced by Ric Ocasek of the Cars, the A-side is a hypnotic six and a half minute tune that is, like most dreams, open to interpretation. The electronic drums sound like a ticking clock. There's a wash of keyboards, a counter melody that could be played on a child's toy and Alan Vega murmuring the lines "Dream, baby, dream, forever".

In 2016 Alexandra Pollard of The Guardian called the song "the unlikely anthem of 2016", as Bruce Springsteen and Arcade Fire both performed the songs in concert and the song appeared on the soundtrack of the critically praised independent film American Honey.

It would be tempting to try and find a reason that the song has been reimagined so often in recent years. To suggest, maybe, that its enigmatic and contradictory tone are fitting in today’s unsettled climate. But, in truth, the song’s appeal is no more tangible now than it was almost 40 years ago.