With a Rocksteady Beat 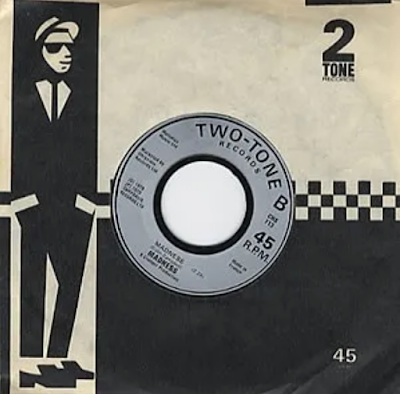 In August of 1979, Madness released their debut single "The Prince" b/w "Madness" on the 2 Tone label founded by Jerry Dammers of The Specials. "The Prince" is a tribute to Jamaican ska singer Prince Buster whose song "Madness" gave the Camden Town band its name and whose "One Step Beyond" would be the follow-up single. The Specials' "Gangsters", climbing the charts at U.K.#14, also sampled Prince Buster.

This performance on Top of the Pops, with bass former bass player Chas Smith fulfilling his new role as dancer and backing vocalist, won over fans. After scoring a U.K.#16 with the debut single and #7 with "One Step Beyond", Madness would become one of the biggest U.K. bands of the 1980s. 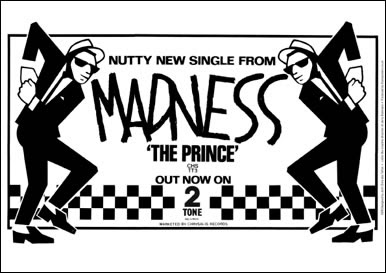