Kick Me in the Head 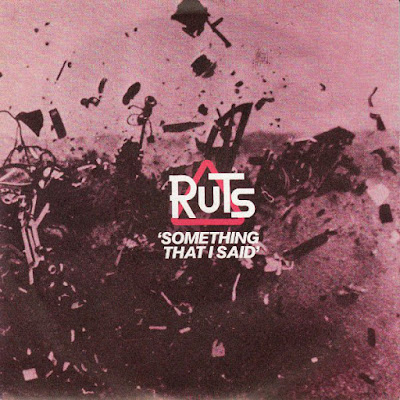 Ruts : Something That I Said

On September 2, 1979 the Ruts' follow-up to "Babylon's Burning", "Something That I Said" entered the U.K. charts at #45, eight places better than the new Squeeze single, "Slap and Tickle". Both Ruts singles would appear in re-recorded forms on their debut album, The Crack, one of the best post punk albums of the year. "Give Youth a Chance" is the dub reggae tune on the B-side to "Something That I Said". Better than almost anything on Sandinista!

"Slap and Tickle" is the fourth single from Cool For Cats, another song from an album apparently celebrating the lads discovering sex.

Labels: 1979, Cool for Cats, Slap and Tickle, Something That I Said, Squeeze, The Crack, The Ruts