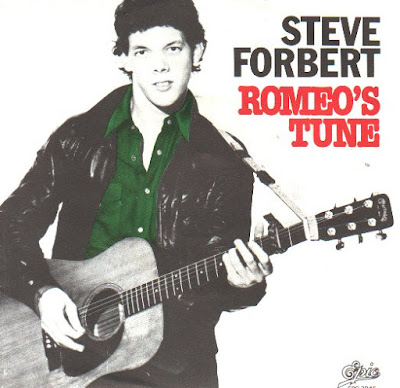 In the first week of December, 1979 Steve Forbert's "Romeo's Tune" entered the U.S. charts at #84. The singer-songwriter from Meridian, Mississippi was immediately hailed as a "New Dylan" to which he responded :

"You can’t pay any attention to that. It was just a cliché back then, and it’s nothing I take seriously. I’m off the hook — I don’t have to be smarter than everybody else and know all the answers like Bob Dylan. "

The song, dedicated to the memory of Florence Ballard of The Supremes , peaked at U.S.#11. He would share the stage with Talking Heads and John Cale and record 18 more albums. His shows are often spontaneous even if they always end with the hit.

"Romeo's Tune" was Forbert's only big hit though he did make an appearance in Cyndi Lauper's much-played music video "Girls Just Want to Have Fun", in which he played her boyfriend. 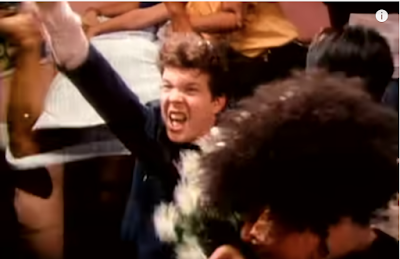 Forbert is still recording and has even written a memoir called Big City Cat : My Life in Folk-Rock. In 2017 Forbert received a cancer diagnosis. As a result, he had one kidney removed, received chemotherapy and today is cancer free.

About THAT song, Forbert tells The Aquarian:

I think it was Paul Coby who once told me, “All folkies get one hit” and that’s when I was still auditioning and trying to get on stage at the Bitter End. And it’s kind of true. I think of myself as a folkie only in the sense that I don’t like the limousines, and I like to go out at the end of the night and sign things and see who is there. I like to get to the show early and, if I feel like it, go nearby and get a hot-fudge sundae. Generally, folkies are more like that. They don’t adjust well to the stardom and the scrutiny of the spotlight and that kind of pressure. So all folkies are allowed one hit. Al Stewart got two. I know Al, I like him a lot. But it’s kind of a rule. Unfortunately for Loudon Wainwright, his turned out to be “Dead Skunk in the Middle of the Road,” which he never wants to perform.