The Rude Boy band with a Gift 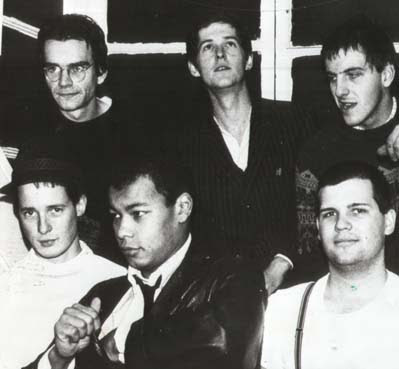 On January 17, 1980, the Hull-based ska band The Akrylykz released "Spyderman" b/w "Smart Boy". This single, originally released on Red Rhino Records, sold quite well, peaking at #17 on the UK independent singles chart. The Akrylykz toured with The Specials, Madness and The Beat. I can only guess how many times the band's name was misspelled on the marquee.

When the latter broke up, The Beat's Andy Cox and David Steele asked Akrylykz lead vocalist Roland Gift to join them in Fine Young Cannibals.  In 1989, they would score two #1 songs in the US, "She Drives Me Crazy" and "Good Thing"and Gift would be named one of the "50 Most Beautiful People" in the world by People Magazine.