The Ska EP that topped the UK charts 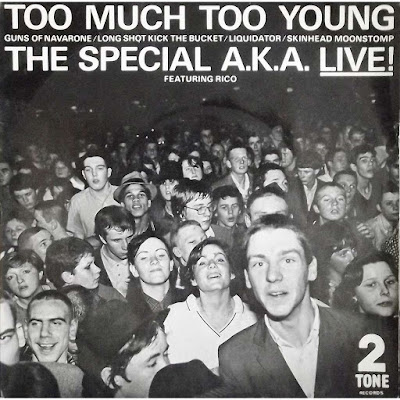 The Special A.K.A. featuring Rico: Too Much Too Young

On January 20, 1980 The Specials live EP Too Much Too Young entered the UK charts at #15, credited to The Special A.K.A. Within  a week it would leap over Madness's "My Girl" and The Beat's "Tears of a Clown" all the way to #1. Aside from the well known title track, the extended play also includes ska standards like The Skatalites's "Guns of Navarone", The Pioneers's "Long Shot Kick The Bucket", The Harry J Allstars 1969 hit "The Liquidator" and "Skinhead Moonstomp", by Symarip.

"Too Much Too Young" might have been a good description of Specials keyboardist Jerry Dammers, who was also the running the Two Tone label. With an American tour, the label, a soundtrack that needed to be mixed for Dance Craze, Dammers was working himself to the point of collapse.
At the same time,  2-Tone inspired suits, sweat shirts, hats, badges and t-shirts were being sold by companies that paid his label nothing. This ad is from a 1980 copy of Smash Hits. 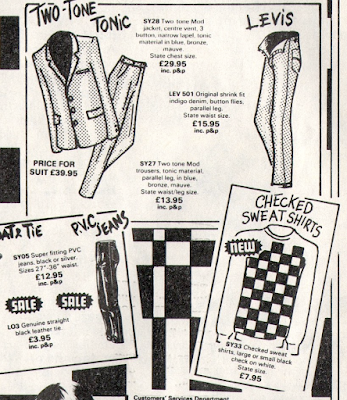 By the Fall of 1980, The Specials would unveil a new sound and by the following year, tensions with the band would become insurmountable.