Dance With The Boogie 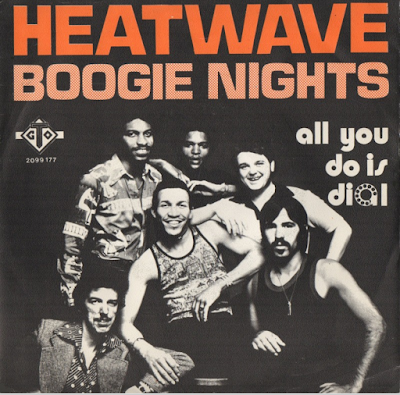 On January 17, 1977 one of the year's great singles, Heatwave's "Boogie Nights",  entered the UK charts. It was written by US Army vet Rod Temperton who also composed three songs on both Michael Jackson's Off the Wall album ("Rock With You", "Off the Wall" and "Burn This Disco Out") and Thriller ("Baby Be Mine","Thriller" and "The Lady in My Life"). He died last year a wealthy man, with houses in the South of France, Switzerland  and Fiji.