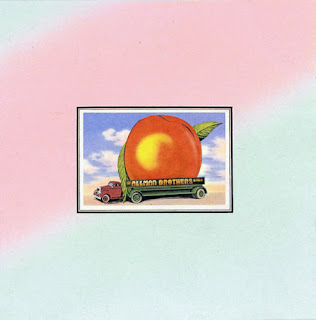 
Released just months after 24 year old lead guitarist Duane Allman's fatal motorcycle accident, the double album Eat A Peach  entered the Billboard album charts in the Top Ten and rose to #4. The album begins with a song that shows the determination of a grieving band to continue: "Ain't Wastin' Time No More". The band didn't waste much time at all. The Allman Brothers began touring without a new guitarist four weeks after Duane's funeral. 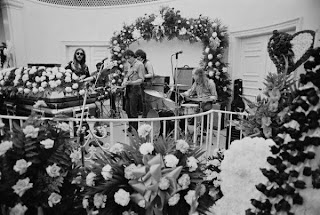 
16 year old Rolling Stone writer Cameron Crowe got some insight on the band's psyche for a 1973 article.


“I think,” says a close friend of the Brothers, “that Duane’s loss was much more traumatic than anyone realizes. He was pretty arrogant sometimes, and I think one critic said he had ‘an ego that could fill the Grand Canyon,’ but he had a talent to match. Most of the guys at that funeral were stuporous with grief, but they handled it beautifully, and I think you really have to look at it communally. Duane’s death was like an amputation. The organization cauterized the wound and tried to forget about it. They had to. 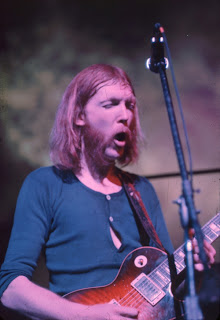 “See, most of the Brothers are from rural areas in the south, from tight, close-knit families. They took their new identity partially from Duane and partially from the band. When Duane died, the question of identity became paramount. They switched their total allegiance to the family: The constant mention of brothers and sisters isn’t any sham. It’s a necessity. 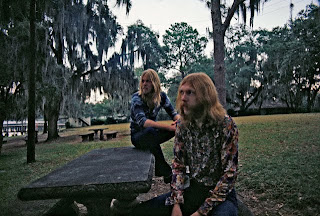 “But if the band hadn’t made it, it would have fractured the structure of their identities. They had to be successful, and if they hadn’t – in 1971 anyway – I think each and every one of those guys could have tumbled off the deep end in some way.

One of the album highlights -- and my favorite Allman Brothers song -- "Blue Sky," was written and sung by Dickey Betts for his wife, a native American woman named Sandy "Bluesky" Wabegijig. Duane played the song in concert only four times. We're fortunate the SUNY Stonybrook gig was recorded. 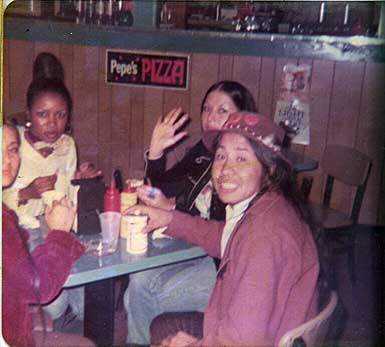 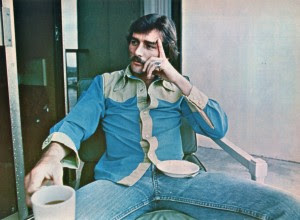 After a side of new songs ( including "Melissa"), the rest of Eat A Peach pays tribute to Duane with live cuts ( including the 33 minute "Mountain Jam"), tracks recorded with Duane ( like "Blue Sky") and a solo acoustic instrumental Duane recorded called "Little Martha".
at 4:20 AM