40 Years Ago This Week : "Son Of My Father" Tops the UK Charts 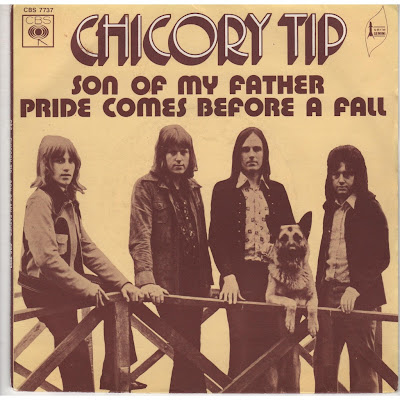 [Buy The Best of Chicory Tip]

This week, 40 years ago, British poppers Chicory Tip pushed T. Rex's "Telegram Sam" out of the top spot on the UK charts with one of the first hits to feature a synthesizer.
For three weeks "Son Of My Father" stayed atop the charts until Nilsson's "Without You", the biggest song of 1972, knocked it off.


"Son Of My Father" is a cri de couer from a schoolkid who decides to  break away from the "molded, folded, pre-packed" rules so he can make up his own life. But it wasn't the lyrics that got everybody's attention. It was the ear wormy hook played on a Moog Synthesizer two years before Kraftwerk's historic synthesizer album Autobahn.

Credit Giorgio Moroder, who wrote both the song ( with Pete Bellotte in Italian as "Tu Sei Mio Padre") and recorded the original version with the same Moog Synthesiser hook. 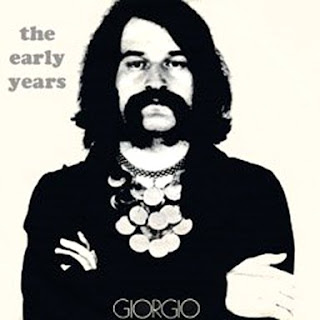 It would be hard to find anyone who had a bigger effect on 70's music. Moroder helped Donna Summer become the queen of disco with the salacious "Love to Love You Baby" and the other-worldly "I Feel Love" which became a blueprint for some of the experimentation David Bowie and Brian Eno would do with the Berlin Trilogy.

One day in Berlin ... Eno came running in and said, 'I have heard the sound of the future.' ... he puts on 'I Feel Love', by Donna Summer ... He said, 'This is it, look no further. This single is going to change the sound of club music for the next fifteen years.' Which was more or less right.

Moroder also did a lot of film soundtracks. Blondie hit number one in 1980 with "Call Me" from Moroder's American Gigilo soundtrack. Berlin scored a #1 U.S. in 1986 with "Take My Breath Away from Top Gun and in 1978 Moroder won an Academy Award for Best Film Score for Midnight Express.
at 2:52 AM