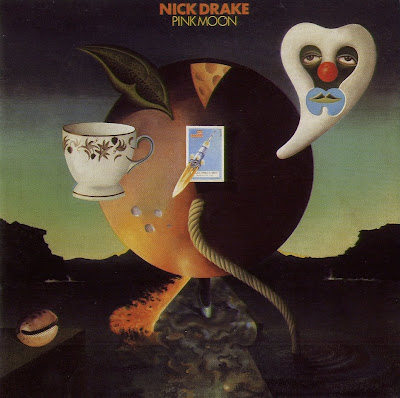 'Take a look you may see me on the ground/
For I am the parasite of this town. 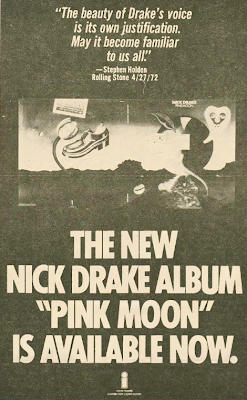 The man who gave Drake a recording contract, Joe Boyd calls Pink Moon "a record of quiet desperation". Drake would die two years later at the age of 26 from an overdose of antidepressants.

There are thousands of people who have listened to Pink Moon more than I have. Like Beatles fanatics who've discovered clues on the cover of Abbey Road, Drake fans have read an awful lot into unsettling lyrics like those of "Road": 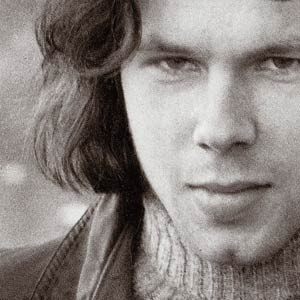 Friends say Drake became more distant in his final years. Every so often he'd show up at John Martyn's house where his wife Beverley would try to play hostess:

He would just come and spend the day or the night. I would make up a bed for him. You just had to let him do what he wanted, really, which was often to play the same album over and over again - or look out the window with a cup of tea in his hands for four hours.'

With no tour or interviews to promote the album, Pink Moon sold about five thousand copies in Drake's lifetime. Far fewer than his other two records. In his case not even death produced album sales. It took a Volkswagen ad's use of "Pink Moon" in 2000 to bring to the public's attention the music and myths of this troubled soul. 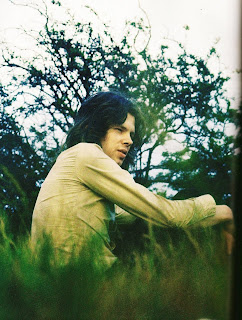