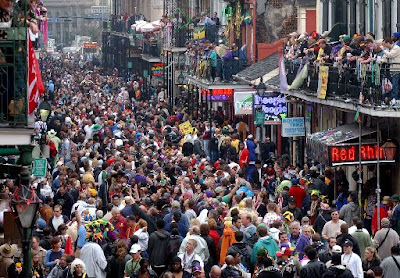 The krewes are already cruising the streets of New Orleans for Mardi Gras. In 1984,when I apparently considered myself a wry humorist, I wrote the following article for The Tulane Hullabaloo's Arcade.

Once again Mardi Gras will be celebrated in New Orleans! All of those rumors about the big Spring fete being moved to Sherman Oaks, California have finally been quashed. And this makes a party hearty fellow like me very happy and very eager. So when the Arcade asked me to write about my experiences last year I did a happy jig and agreed. 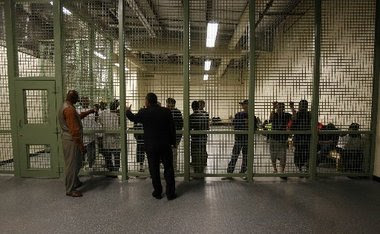 I was rather brutally awakened that morn, on a day known to many as Shrove Tuesday and to others as a bit of a Fat Tuesday. It was 5:30 AM, an ungodly hour for anyone to be up, and as my senses slowly rambled back to me, I realized I was in a place called Central Lock-Up. To this day I know not why I awoke that glorious morning in jail, but I'm almost certain it had to do with a brief conversation I had with a man named Charlton Heston. Chuck was once again riding a chariot but this time in the role of Bacchus. No sooner had I rebuked Mr Heston for not having made a good movie since "Planet of the Apes" (I mean "Earthquake " and "Airport 1975" had their moments) when a crashing blow came down upon my billy clubbed head.

A few hours later I found myself regaining consciousness to the fungal fumes of a hobo named Skeeter, who played Mardi Gras tunes all night on his guitar. We inmates sang along to Professor Longhair's "Mardi Gras in New Orleans", The Hawkettes' "Mardi Gras Mambo" and a rousing rendition of Al Johnson's "Carnival Time". I did a solo whistle of "Second Line" that almost brought a few of the guys to tears. It was the best night I'd had in jail since Christmas.

But it was all too good to last. That morning the guards shoved me down a hall to get booked. Helplessly I explained I didn't want any books, that I didn't feel like reading, and that I hadn't even figured out where the Howard Tilton Memorial Library sat on the Tulane campus*. An officer told me to shut my face and handed me a "Court Summons" which I tossed in the trash as I walked out of Orleans Parish Prison.

Ah! Mardi Gras. You could smell the beer, the debauchery and the vomit in the streets. At Happy's Liquor Store ( Get yer drunk on! Get Happy's) I picked up a pint of Mister J. Daniels and thought about the songs we sang the night before and one line in particular: "If you come to New Orleans/You've got to meet the Zulu King". I headed to Eads Plaza where I was arrested for intoxication and tossed back in jail. 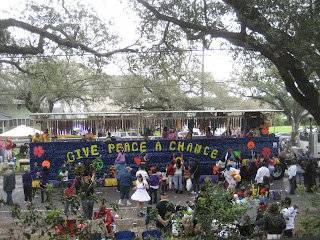 Night fell by the time I got out. The trucks were racing down St Charles. Here was a parade I understood. No artistry really. Just unadulterated greed. I always cheer wildly for the trucks, especially for the orange public service vehicles that drive by measuring tree branches. I tossed a few pebbles into the street. Those kids will dive at anything that hits the ground on Fat Tuesday! I discovered I liked throwing stuff so I hopped on the next truck and whipped entire bags of purple beads at people. That's about the time a crashing blow fells upon my head. 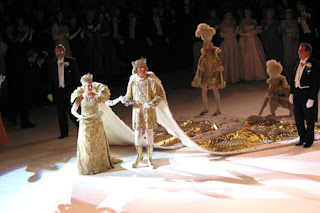 So that night while King Rex and Mrs Rex danced together with all the little Rexettes inside Municipal Auditorium, I slept like a baby. In my own little dreamland. A place I like to call Central Lock Up.

*This sentence is dedicated to my old roommate, Micah, who specialized in puns so bad that they almost became funny.Almost.
at 4:00 AM