40 Years ago: Smyle If You Thought It Was A Beatles Reunion 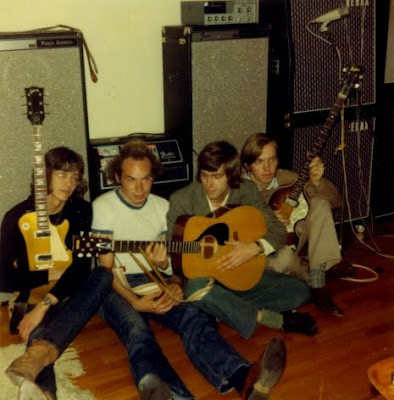 I can't add a whole lot more about the Dutch band ( who hit their native country's Top 10 in 1972 with "It's Gonna Be Alright") that hasn't been said by anyone who's ever heard Smyle: their lead singer ( "zanger" in Dutch) sounds just like John Lennon. So much so that Bas Muijs went on to sing the Lennon parts on the Stars On 45 Beatles medley. A Dutch music fan caught up with guitarist Mark Boon to get a sense of what Smyle was like it is heyday.


"It's Gonna Be Alright" came out in a plain white sleeve with just our logo on it. That was done on purpose, as Polydor wanted to keep things mysterious, hoping people would suspect it was a Beatles bootleg. That was the sentiment back then you know, people desperately hoping the Beatles would reform and bands like Klaatu cashing in on it.
Here's a good story: At that point early in our career our manager got angry letters and phonecalls from the UK, urging us to change our name because there was another Smile active in the UK. We didn't budge an inch, so eventually that UK band changed their name to....Queen! It's true, I swear!
We also did some TV-shows back then and I remember sharing a dressing room with early ABBA, or rather Agnetha, Björn, Benny, Anni-Frid as they were known back then. We got along fine with them, and their guitarist Björn, having lost his own guitar at Amsterdam Airport, borrowed my Les Paul to mime their song Ring, Ring. He gratefully returned it to me, but when I got home, I found he'd given it a serious case of buckle rash, dents and scratches caused by that big diamond-studded belt of his...Mark Boon from Nederglam.nl

A few more choice cuts from Smyle including a video for the single Tandem.