A Strangler Gets Sentenced to Jail Time 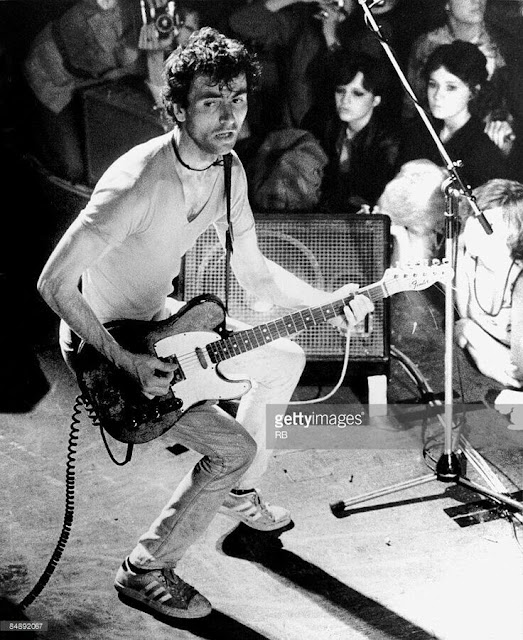 On January 6, 1980 Stranglers frontman Hugh Cornwell was sentenced to eight weeks in prison and fined 300 pounds after admitting to five charges of possessing drugs, including cannabis, heroin and cocaine after getting stopped at a routine roadblock in November.  He and rock promoter Paul Loasby were optimistic they'd receive a warning , a fine or, as a first time offender, perhaps a suspended jail sentence. Boy, were they wrong! 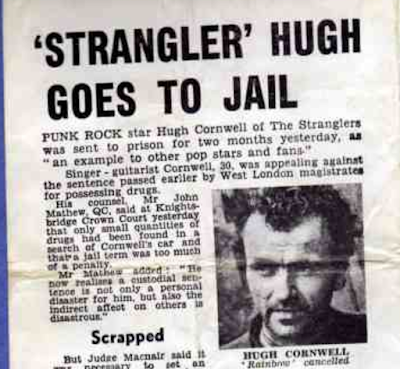 You are two intellectual men of mature ages who have a great influence on the lifestyle of teenagers and who should not cause damage to the morals and physical well being of those who admire you. Both of you have a university education which makes your involvement in the drug scene all the more contemptible. You have deliberately chosen to flaunt the law.

The band's anti-heroin song, "Don't Bring Harry", had recently peaked at UK#41. It begins with the line "Harry and me we live in a dream/With a friend like him I don't need enemies".

Cornwell's imprisonment comes at a bad time for The Stranglers, who must cancel concerts all over the world, including the Far East. Cornwell would write Inside Information, a book about his five weeks in Pentonville prison.

About his sentence he says today: 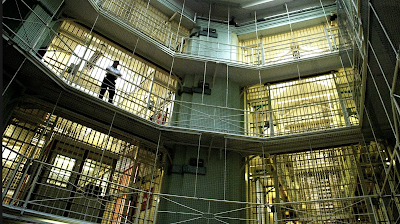 1980 would not be a good year for Cornwell or The Stranglers, who would be imprisoned for eight days after a riot at a concert in Nice.