40 Years Ago Today: "Give Ireland Back To The Irish" 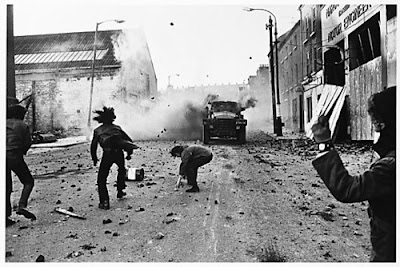 By 1972, John Lennon had established himself as the radical Beatle. After all it was Lennon who "imagined" a world without countries or religion, "nothing to live or die for" and sang "War is Over ( if you want it)" while McCartney was singing about a dog with three legs and "bip bop". That changed on January 30, 1972, "Bloody Sunday",  when British troops shot and killed 13 apparently unarmed protestors and bystanders in the Northern Ireland city of Derry. 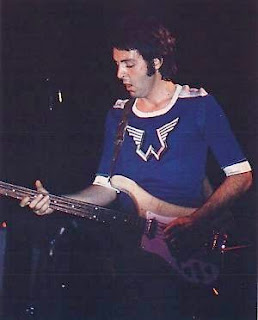 Lennon responded to the massacre by showing up at a demonstration in New York City and performing a new song called "Luck of the Irish".

The song would appear on Some Time In New York City in June, but by then it was completely overshadowed by an anthem McCartney knocked out with his new band Wings.

"Give Ireland Back To The Irish" was released as a single on February 25th amid protests from EMI's chairman. The BBC wouldn't play it. Neither would Radio Luxembourg nor the Independent Television Authority. Despite the  rousing chorus, it's not your typical protest song. The "cute Beatle" even uses some of his infamous charm: "Great Britain, you are tremendous".

In the interview below, McCartney says "The British government overstepped the mark and showed themselves to be  more of a repressive regime than I ever believed them to be".

Labels: 1972, Give Ireland Back to the Irish, Wings