For their year end list of the best albums of 1975,  Sounds Magazine critics made no mention of Springsteen's Born to Run, Patti Smith's Horses or Pink Floyd's Wish You Were Here. But all is forgiven because the Japanese glam poppers  Sadistic Mika Band made the list with their Chris Thomas produced third album Hot! Menu!. The band supported Roxy Music on a UK tour, including a show at Wembley Stadium. "Suki Suki Suki", performed on the Old Grey Whistle Test,  was just one winner from this album. Another one to watch for is "Hi Jack ( I'm Just Dying)" which is believed to be a tribute to Jack Nicholson.

SOUNDS ALBUMS
1. The Hissing Of Summer Lawns - Joni Mitchell
2. Blood On The Tracks - Bob Dylan
3. Natty Dread - Bob Marley And The Wailers
4. The Who By Numbers - The Who
5. Still Crazy After All These Years - Paul Simon
6. Caught Up - Millie Jackson
7. Back To The Night - Joan Armatrading
8. Nils Lofgren - Nils Lofgren
9. Visions Of The Emerald Beyond - Mahavishnu Orchestra
10. Hot! Menu! - Sadistic Mika Band 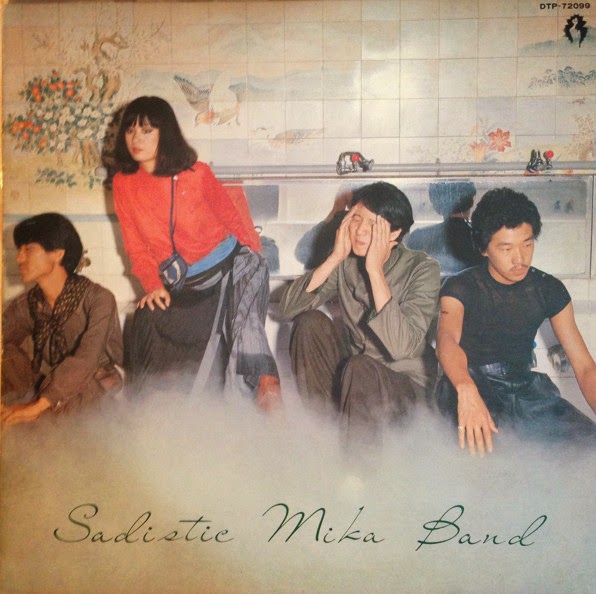