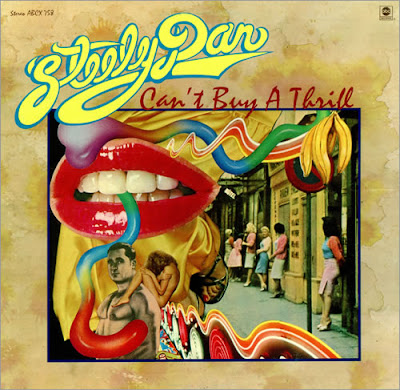 The greatest debut album of 1972, Can't Buy A Thrill , released in October of 1972, introduces Steely Dan as a fully formed, sophisticated, complex and cynical rock band. Best of all, they knew how to write and play catchy radio-friendly hits like "Do It Again" (US#6) and "Reelin' In The Years" ( US#11). They may have been a mystery to many, but Steely Dan founders Walter Becker and Donald Fagen were already well known by one music legend: Barbra Streisand. That's right! Barbra recorded the Becker-Fagen tune "I Mean To Shine" on her 1971 album Barbra Joan Streisand.

They've since disowned the song blaming Streisand's arranger for screwing it up.

So we move on.

In 1998 Becker and Fagen wrote new liners notes for Can't Buy A Thrill, explaining how most of the album was written in L.A.


As for material, we had touched down in California with a fat notebook crammed with what we called "the dyno". It was our opinion that this collection of songs, our life's work to date, would morph effortlessly into classic albums, swank long-running careers, juicy bank accounts, houses with swimming pools, powerful mid-engine sports cars, happiness, security, girls, girls, girls, in short, everything we needed to get by. In fact, it turned out later that only half the songs on the first Steely Dan album were already in the book; the rest were written in California, in a style which had been adjusted and refined to take into account the new musical environment in which we found ourselves operating and also to reflect our belated understanding of the aesthetic shortcomings of some of our less-than-accessible, more doggedly surrealist efforts.

While recording the album, the duo discovered--surprise, surprise--that the label expected their band to tour the album.

The surprise was not a good surprise, especially for Donald, who had reluctantly agreed to be the band's lead vocalist for the purposes of recording but who was essentially terrified of singing in public and thus somewhat reluctant to be pressed into service as the frontman for a touring rock band. That's when the Skunk ( Jeff "Skunk" Baxter) called his chum David Palmer, and Dave came out from New Jersey to try out for the job. Luckily, the tracks for "Dirty Work" and "Brooklyn" were in his key, more or less.

This would be David Palmer's only appearance singing on record with the Dan.

And finally a note on one of the year's greatest solos. 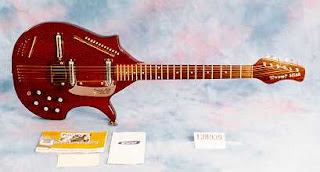 For the occasion of Denny's solo on "Do It Again" we hired in a Coral Electric Sitar. This novel instrument, replete with dual lipstick tube pickups and sympathetic strings and a special bridge that produced the sitar-like buzzing sound, added that extra something that the tune called for. Similarly, Donald rented for himself a strange Yamaha organ that had, amongst other things, a felt strip for producing glisses that were heretofore unheard of on a keyboard instrument.