Ain't No Time For Substitutes 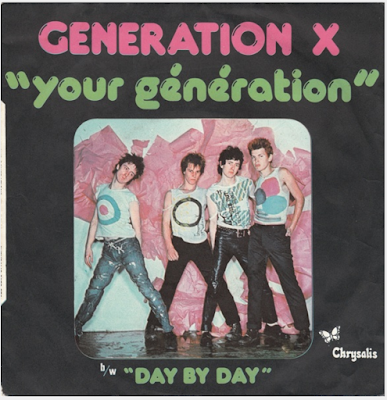 On September 1, 1977 Jethro Tull and Blondie's newest label mate, Generation X , released their first major label single ,"Your Generation". Billy Idol spits out what I always thought was a response to The Who's "My Generation" with lines like "Your generation don't mean a thing to me". But forty years later Idol is joining Pete Townshend on a Quadrophenia tour so it occurs to me now that I misread the lyrics ( and found far too much meaning in the line "ain't no time for substitutes" and guitarist Derwood Andrews's guitar hiccups).

If this is a punk rock attempt at addressing the generation gap, it's less interesting to me. Peaked at U.K #34.