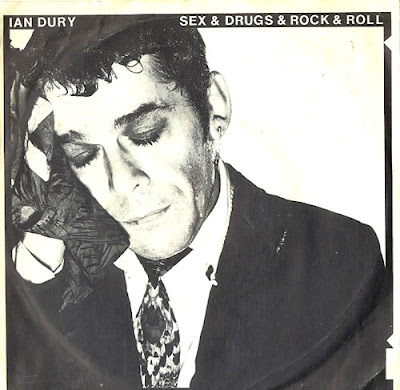 Ian Dury : Sex and Drugs and Rock And Roll

At the end of the summer of 1977, Ian Dury and the Blockheads released their first single, the often quoted "Sex and Drugs and Rock and Roll".

The chorus may sound like it's a championing a life of excess,  something Dury knew well. Perhaps because polio had decimated his left arm and leg, he was always out looking for a good time. His close friend Fred "Spider"Rowe told The Mirror too much drink spoiled nearly every encounter with Dury.

"Ian was like a different person when he'd had a drink. One time, in 1978, it got so bad I threatened to take him outside, remove his trousers and leg brace and leave him on a snowy hill. That shut him up!
"Every night was like a party - him and the rest of the band would call me Hitler because it was me who had to put them to bed if we had to be up to travel the next day. Some mornings I had to roll them out of bed.
"There were times Ian would get drunk and want to go out on the town and I had to protect him. If he fell over, his thin leg or arm could have broken like matchsticks and he'd have been in plaster for months. I'd take him to his hotel and nick his leg brace. He'd rant and rave, but it was for his own good." 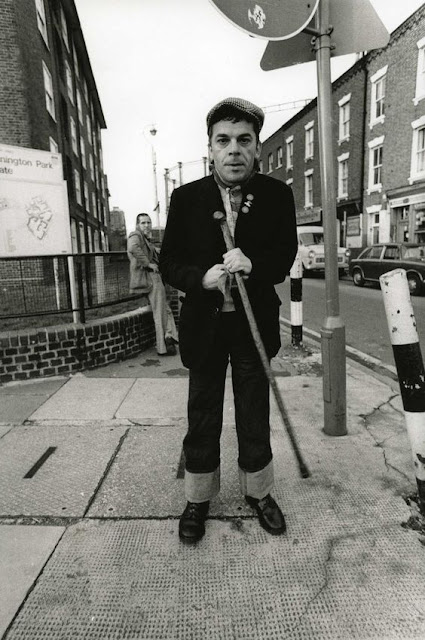 Dury stole the hook of the song from a Charlie Haden bass solo that appears at about 4:40  in Ornette Coleman's "Ramblin'". BBC Radio banned the single based on the title alone. As notorious as "Sex And Drugs And Rock And Roll" may be, it never charted.

Still, for a short spell, Ian Dury was the poet of the punks. He followed this single with "Sweet Gene Vincent", "Hit Me With Your Rhythm Stick" and "Reasons To Be Cheerful, Part Three". By the early 80's his career was done. Ian Dury died young, aged 57, in 2000. 10 years later, Andy Serkis portrayed Dury in a feature film called Sex And Drugs And Rock And Roll.


At the end of the year the single made a number of poles
at 2:00 AM