Hitchin Up Her Short Skirt 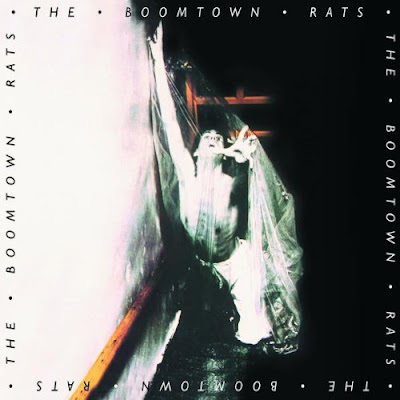 The Boomtown Rats : Mary of the 4th Form

Boomtown Rats: the band's name says it all. Parasites amid prosperity, rodents on the make in the sewers of power, a great band name from an era of great band names. As much as Clash or Damned or Sex Pistols - or Stranglers, Buzzcocks and Lurkers - the name forever tags the band as part of the class of '77, when the barbarians finally arrived at the gates of an increasingly stratified and stultifying Rock City.
-Charles Shaar Murray, from the liner notes of the remastered CD.


In September of 1977 The Boomtown Rats released their self-titled debut album. Despite Bob Geldof's sneery vocals, the Rats owed more to the Rolling Stones than to anything the punks were up to. Something Geldof addresses in this interview:

Geldof says the purpose of new wave bands like the Boomtown Rats is to re-energize the music scene following what he describes as a blank generation between 1969 and 1975. Forget Pink Floyd, Geldof says it wasn't  until the Sex Pistols, The Clash, The Jam, Dr Feelgood and Graham Parker came along that rock got interesting again.  Saint Bob figured The Boomtown Rats were somewhere in between the punkers and the pub rockers.

"Mary in the 4th Form" was the U.K. 15 single in the long tradition of tributes to young girls in uniforms like The Yardbirds' "Good Morning Little Schoolgirl", The Mindbender' "Schoolgirl", and The Police "Don't Stand So Close to Me" .

"Joey's On the Street Again" is less punk than an Irish take on Springsteen . True Rat fans adore the deep cut  "I Can Make It If You Can". The album peaked at #18 in the U.K. album charts,