40 Year Itch: You Hit Me With A Flower 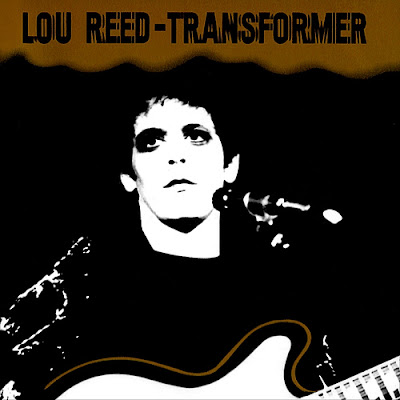 With his long overdue success finally attained, David Bowie also seemed to have picked up 3 "Get Your Idol Out Of Purgatory" cards.

He used the first one on Mott The Hoople by providing them with a Top 5 UK hit in "All The Young Dudes".

Another would be used on (Z)Iggy Pop by producing his final Stooges album, 1973's Raw Power. 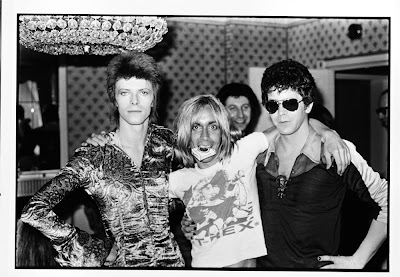 But his most memorable intervention was in the career of Bowie's idol and inspiration, former Velvet Underground leader Lou Reed. Just months after Reed released his mostly flat, poorly selling eponymous debut, Bowie and his guitarist Mick Ronson flew Lou out to London to record Transformer. 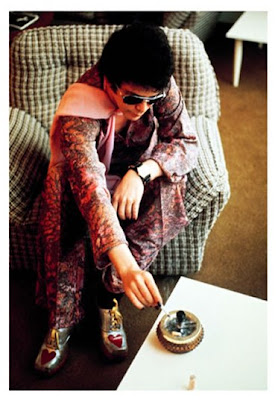 Then there are the three songs that anchor Transfomer. With syrupy string arrangements from Ronson, "Perfect Day" is a sweet ode to a day of bliss that may or may not be about heroin. "Satellite of Love", a Velvets leftover, is a song about jealousy, with David Bowie "bom'bom'bom-ing through much of it.. Eventually Bowie sings "Sata-Oooh" which must have seemed strange at the time. ( Apparently there were all kinds of yelling tirades and crying jags between Bowie and Lou.)

And then, buried at the end of Side A, there's one of the oddest songs to ever hit the Top Ten.

With its double bass lines from Herbie Flowers,"Walk On The Wild Side" has this almost journalistic way of describing the characters Reed met at the Warhol Factory. The song was part of a musical based on Nelson Algren's 1965 novel A Walk On The Wild Side that Warhol has commissioned Lou to write 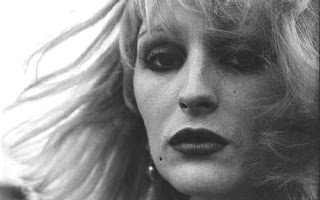 There's the famous drag queen Candy Darling who "never lost her head even when she was giving head." 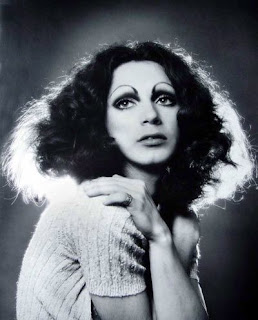 There's Holly Woodlawn who came from Miami FLA, shaved her legs and then he was a she. 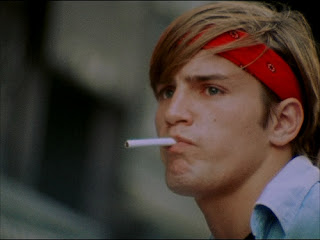 There's actor "Little" Joe Dallesandro who never once gave it away. 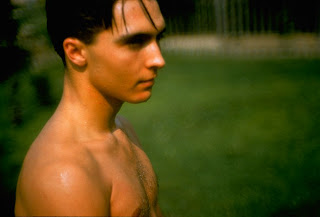 There's Sugar Plum Fairy Joe Campbell who went to the Apollo and you should have seen him go go go. 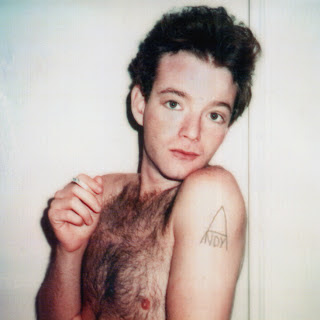 And finally there's Jackie Curtis who thought he was James Dean for a day.

"I always thought it would be kinda fun to introduce people to characters they maybe hadn't met before, or hadn't wanted to meet" explained Lou. How that strategy produced a hit single is almost as big a mystery as how that song ever got played on the radio in the first place. And the colored girls who sang were called the Thunderthighs.

I don't know if Bowie and Lou Reed worked together a lot after Transformer. Lou yelled at Bowie so much, the latter could be found embracing the toilet in a foetal position. But it was a hit. So Ziggy's work was done. Now all Lou had to was carry around this "transformed" persona for the rest of his life. 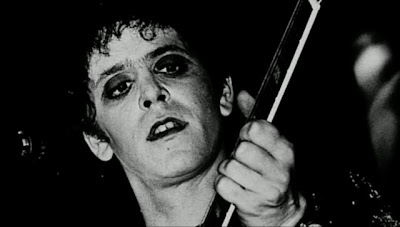