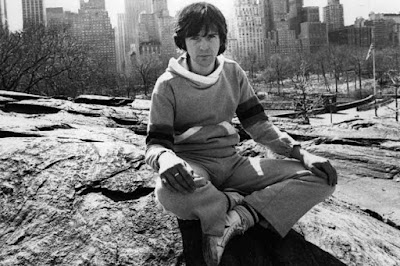 In August 1975 Peter Gabriel wrote the following bizarre letter announcing his departure from Genesis. He delivered it personally to the English press:


I had a dream, eye’s dream. Then I had another dream with the body and soul of a rock star. When it didn’t feel good I packed it in. Looking back for the musical and non-musical reasons, this is what I came up with:

OUT, ANGELS OUT – an investigation.

The vehicle we had built as a co-op to serve our songwriting became our master and had cooped us up inside the success we had wanted. It affected the attitudes and the spirit of the whole band.  The music had not dried up and I still respect the other musicians, but our roles had set in hard. To get an idea through “Genesis the Big” meant shifting a lot more concrete than before. For any band, transferring the heart from idealistic enthusiasm to professionalism is a difficult operation.

I believe the use of sound and visual images can be developed to do much more than we have done. But on a large scale it needs one clear and coherent direction, which our pseudo-democratic committee system could not provide. As an artist, I need to absorb a wide variety of experiences. It is difficult to respond to intuition and impulse within the long-term planning that the band needed. I felt I should look at/learn about/develop myself, my creative bits and pieces and pick up on a lot of work going on outside music. Even the hidden delights of vegetable growing and community living are beginning to reveal their secrets. I could not expect the band to tie in their schedules with my bondage to cabbages. The increase in money and power, if I had stayed, would have anchored me to the spotlights. It was important to me to give space to my family, which I wanted to hold together, and to liberate the daddy in me.

Although I have seen and learnt a great deal in the last seven years, I found I had begun to look at things as the famous Gabriel, despite hiding my occupation whenever possible, hitching lifts, etc. I had begun to think in business terms; very useful for an often bitten once shy musician, but treating records and audiences as money was taking me away from them. When performing, there were less shivers up and down the spine.

I believe the world has soon to go through a difficult period of changes. I’m excited by some of the areas coming through to the surface which seem to have been hidden away in people’s minds. I want to explore and be prepared to be open and flexible enough to respond, not tied in to the old hierarchy.

Much of my psyche’s ambitions as “Gabriel archetypal rock star” have been fulfilled – a lot of the ego-gratification and the need to attract young ladies, perhaps the result of frequent rejection as “Gabriel acne-struck public school boy”. However, I can still get off playing the star game once in a while.

My future within music, if it exists, will be in as many situations as possible. It’s good to see a growing number of artists breaking down the pigeonholes. This is the difference between the profitable, compartmentalized, battery chicken and the free-range. Why did the chicken cross the road anyway?

There is no animosity between myself and the band or management. The decision had been made some time ago and we have talked about our new direction. The reason why my leaving was not announced earlier was because I had been asked to delay until they had found a replacement to plug up the hole. It is not impossible that some of them might work with me on other projects.

The following guesswork has little in common with truth:

2) To make more money as a solo artist.

5) To do a “Furry Boa round my neck and hang myself with it”.

6) To go see an institution.

7) To go senile in the sticks.

I do not express myself adequately in interviews and I felt I owed it to the people who have put a lot of love and energy supporting the band to give an accurate picture of my reasons. So I ask that you print all or none of this.

This may have all been breaking news to the rock press, but the rest of Genesis knew Gabriel was leaving a year earlier.

"In fact," Phil Collins tells NME," Peter first said he was going to be leaving about a year ago, just after Lamb Lies Down. I don't to go into his reasons too much--he did that himself in the Press last week--but for several reasons he decided to stay on until now."

The other members of the band has already what would be A Trick of the Tail which would become a UK #3 and US #31 hit. Genesis would be fine even now that they were three.