40 Year Itch: I Will Wear the Green Willow 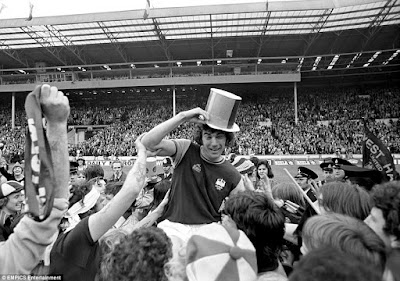 Steeleye Span : All Around My Hat

How did Mike Batt of The Wombles wind up producing Steeleye Span's most successful single? It was guitarist Tim Hart's idea. "I listened to a (Wombles) album out of silliness really," Hart told writer David Burke," and I really couldn't believe the production, because it each track, and each track was totally different--I thought, "This is the producer we've been looking for."
By then Steeleye Span has worked with both David Bowie and Peter Sellars, who played ukelele on the previous album's "New York Girls".
Batt visited the band as they were rehearsing the title cut to All Around My Hat, and recognized the rocking shuffle as the same he used on "Remember You're a Womble", a UK#3 hit in 1974. The Steeleye Span anthem is actually a combination of two English folk songs , "All Around My Hat" and "Farewell He", and as Maddy Prior says "it's still a bloody hard song to sing. It's in a hard key. It requires a lot of energy to sing it. You can't sit back and sing it sweetly. You've got to put everything into it. " 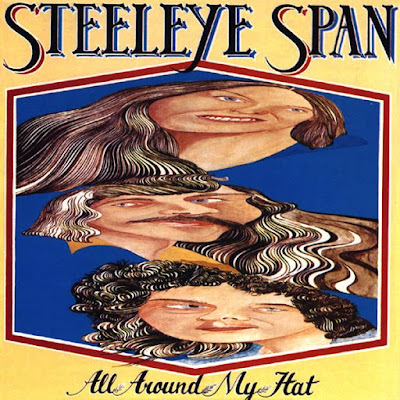