What Ever Happened to Leon Trotsky 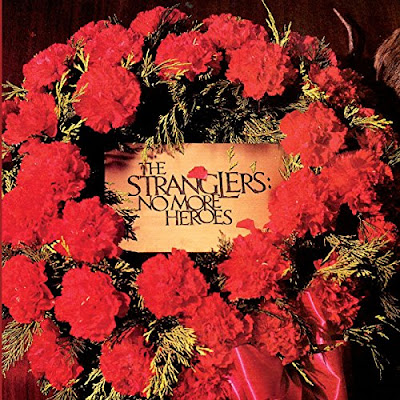 The Stranglers : No More Heroes

On September 23, 1977 The Stranglers released No More Heroes, the band's second and nastiest album. To help promote the record, The Stranglers appeared on Top Pops in Amsterdam to mime the title track.  After a couple of bad takes, the band switched instruments. Drummer Jet Black playing guitar. J J Burnell attacking the drums. Hugh Cornwell doing a wretched job on keyboards and Dave Greenfield pretending to sing. One of 1977's punkiest moments and absolutely entertaining.

Jon Savage savaged the album, writing "The Stranglers offer nothing positive...no life force, nothing vital. Not so it's frightening, just dull and irritating".

NME's Tony Parsons adds "Just like gonorrhea, The Stranglers' music is way to catchy for anyone to be certain they will not fall under its lethal spell."

But it was Mick Jagger who had the most read review:

"Don't you think The Stranglers are the worst thing you've ever fuckin' heard?  I do . They're hideous, rubbishy. ..so bloody stupid. Fuckin' nauseatin' they are!"