Boogie Down With David Now 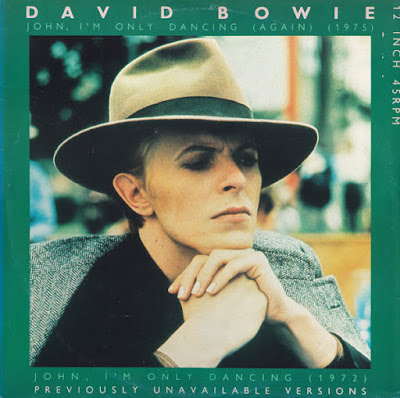 On December 10, 1979 David Bowie returned to the U.K. charts with the highest charting debut single of the week, "John I'm Only Dancing (Again)", a funky re-recording of his 1972 hit single made during sessions for Young Americans in 1975. Culled from a two-hour jam session it features Bowie doing his best James Brown impression as he delivers the line “It’s got you reelin’ and rockin’/ won’t you let me slam my thang in?” Unnecessary.