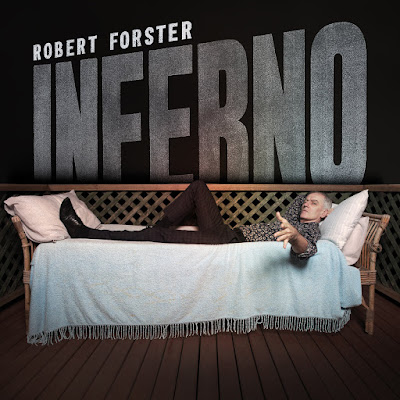 Though I spent most of my musical life in 1979, I did peek outside every so often to take in the tunes of 2019. One could still live in the past with all of the reissues that came out. A super deluxe four CD edition of Abbey Road featured two discs of sessions, a Blu Ray with optimal audio and a hardback book. G Stands For Go-Betweens Volume 2 featured remastered versions of Liberty Belle and the Black Diamond Express, Tallulah and 16 Lovers Lane, a live album, outtakes and for some buyers a signed book that once belonged in the collection of Grant McLennan.  There were remastered and extended versions of R.E.M.'s Monster and The Replacements' Don't Tell A Soul. A three CD collection of tunes from Bob Dylan's Nashville Skyline era called Travelin' Thru drew my eyes and ears as did a three CD version of Prince's 1999 ( featuring a song called "Vagina")  and Welcome to the Vault, and the Steve Miller Band's career-spanning 3 CD + DVD Collection containing 52 audio tracks and 21 performances on DVD.

The first two songs I want to highlight are by artists noting the passage of time. Former Go-Between Robert Forster is completing a tour at the moment to support Inferno. His old friend and Warm Nights producer as well as Orange Juice frontman Edwyn Collins is 60 and walks with a cane after a stroke that originally stole his ability understand or speak languages. From Badbea, this is the standout track "I Guess We Were Young".

Better Oblivion Community Center teams up Conor Oberst and Phoebe Bridgers on the catchy "Dylan Thomas" while "History Repeats" is just one track from a great solo album by Alabama Shakes frontwoman Brittany Howard, whose Jaime is dedicated to a sister who died young.

From the pop charts, where almost everything sounds like it's been manufactured by multiple producers on the same assembly line, I like the moody music of Billie Eilish and Post Malone.

"Ill Wind" is a special bonus track from A Moon Shaped Pool that became available for streaming in 2019 while Big Thief's "Not"  may be the alternative single of the year, thanks in part to the manic guitar solo that begins around the 2:30 mark.

Let's wrap this up with Lizzo's "Truth Hurts" which is the empowerment song we all need and FKA Twigs's "Cellophane", which may contain the most vulnerable performance of the year.