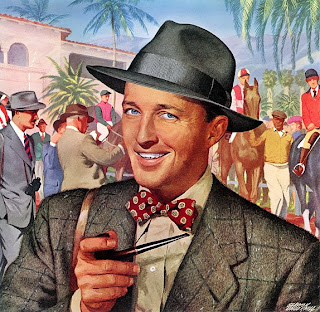 Just consider the numbers:
Bing Crosby scored 38 #1 hits.Even The Beatles only had 24.


He was the #1 Box Office Star from 1944 to 1949, winning the Best Actor Oscar for "Going My Way".
And his song, "White Christmas", is still the most popular record of all time.
50 million copies sold.


The musical journey of Bing Crosby began on Tacoma's J Street on May 3rd, 1903. 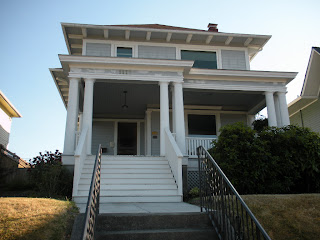 At the age of 4 his family moved to Spokane.
But Washington left a lifelong impression.
He said "I like to remember the Pacific Northwest as a land that can put a song in your heart.
You know when I was a kid around Spokane or Tacoma,
the song was usually carried in sort of an off key whistle."


Bing attended Gonzaga University but dropped out to pursue his musical career--first as part of a trio called The Rhythm Boys.


"That was there term that became popular to describe that style of slower more expressive conversational singing style," says Gene. "And he was a pioneer who influenced Frank Sintra, Deam Martin and so many other crooners that followed."


His interest in working with the very best musicians led Bing to becoming a Civil Rights pioneer. He integrated the stage...sharing the spotlight with his friend Louis Armstrong. No small feat in the 1930's.

And Bing apparently shared more than the stage with jazz musicians.
He loved marijuana which he called "Mezz". As late as the 1970's he was suggesting it should be decriminalized.

"He was a bit of a punk in his day", says Gene. "And I think it's sort of interesting that he carried that over years later and actually became an advocate for decriminalization

Even though his career took him all over the world Bing Crosby always loved the Pacific Northwest. He donated his Oscar and many other mementos to Gonzaga and offered this advice to fans:
"If you'd rather swing on a star as I just did or gather moonbeams up in a jar,you can really be better off that you are by hitting the road to the Pacific Northwest.
Oh it's a great way to discover America."


Though an entire generation believes he only sold orange juice and lacked parenting skills Bing was declared "The Most Admired Man Alive" in 1948--ahead of Jackie Robinson and Pope Pius the 12th. He died in 1977 at the age of 74.