40 Year Itch : The Curse of the Child Singer 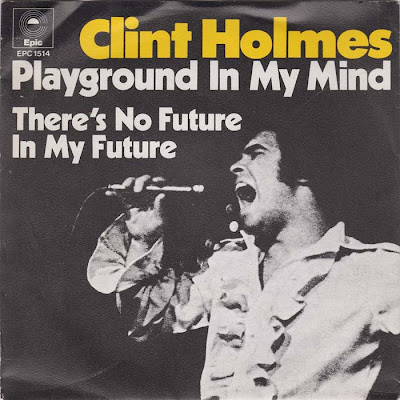 What hath Michael Jackson wrought? 1973 was the year of the singing child. And much of it was pure crap. Here are 5 of the worst performances involving children from 1973.

5. Danny Bonaduce "I'll be Your Magician" - the lead off cut from the cynical Partridge who released an entire album despite the fact that he couldn't sing ( or play the bass, tv fans).

4. The Carpenters "Sing"--Sure,  your grandmother found this song "delightful" but shouldn't that be your first clue that it's awful?  Eve Plumb of the Brady Bunch was once a member of the creepy Jimmy Joyce Children's Choir who provide the singalong "la la la" chorus.

3. Donny Osmond "Twelth of Never" -- This syrupy cover of the Johnny Mathis hit knocked Slade out of the top spot in the UK Charts on March 31, 1973. Donny's voice had changed. His choice in bland cover songs ( like "Puppy Love" and "Young Love --all #1 in the UK) had not.

1 Clint Holmes "Playground In My Mind" You have to hand it to Clint Holmes. He has somehow made a lifelong career as a Vegas singer and entertainer despite tainting 1973 with its worst hit song. "Playground " went all the way up to #2 thanks in part to yet another talent free child, Phillip Vance, the son of the record's producer.

Clint shared his thoughts about the recording with Super Seventies.com:

The biggest memory I have of recording 'Playground' was when we tried to match vocals with Paul's son, Phillip, who was the little boy's voice on the record. He was eight or nine years old at the time, and not a professional singer by any means. I put my vocal down and then we tried to have him sing along with me. Eventually, we had to reverse it and have me sing along with him. I remember having to sing softer and softer to try to get some kind of vocal blend. I was so afraid of overpowering him.

And now: One Brilliant Child Singer from 1973:

Foster Sylvers was a member of the same Sylvers who hit #1 in 1976 with "Boogie Fever" and #5 with "Hot Line". Older brother Leon wrote "Misdemeanor" for Foster.
at 2:00 AM