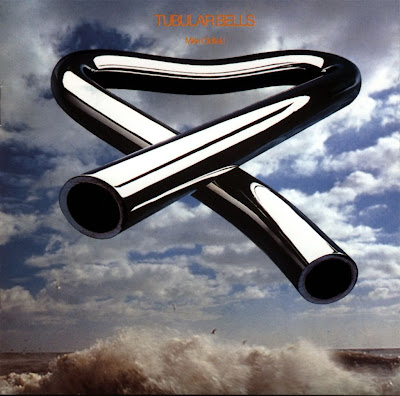 "Record companies looked at me as if I was mad. They all said, because there were no vocals, no words, no drums or anything, that it was not marketable."
-Mike Oldfield, quoted in The Mojo Collection

19 year old Mike Oldfield pushed the limits of 1972 recording technology with his one man album Tubular Bells, released on May 25, 1973. It is jammed with twenty overdubbed instruments Oldfield played himself including the odd flageolet, glockenspiel and Farfisa organ.

Virgin Records paid for the recording time but Richard Branson had to be convinced to release the effort. A good thing he did. The first album ever released by Virgin was outsold in the UK in the 1970's only by Simon and Garfunkel 's Bridge Over Troubled Water.

Aside from its massive 25 million sales worldwide, Tubular Bells also found an American audience thanks to its use in the soundtrack for The Exorcist.


I've been thinking about having my children listen to this CD as they fall asleep at night all summer.
And then on Halloween night, we'll watch The Exorcist together.
Kind of an experiment of sorts.