40 Year Itch : We Could Exist On The Stars

In June of 1975, Jefferson Starship released Red Octopus which features Marty Balin's mellow, keyboard laden classic "Miracles". Peaking at #3 it became the biggest hit of the Jefferson Airplane/Jefferson Starship/Starship career until "We Built This City". The single would be released in late August, at half the running time of the album cut and minus the line "I had a taste of the real world when I went down on you, girl", which could have been the most outrageous lyric in a Top 10 single since Lou Reed's "But she never lost her head/ Even when she was giving head " in "Walk On The Wild Side". Fun fact: the word "Baby" can be heard 45 times in the album version.

Red Octopus would top the US album charts on four separate weeks between September and December of 1975 and earn a rare 5 star rating in the 1983 edition of the Rolling Stone Record Guide. 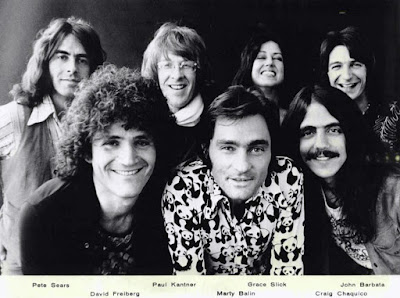 Marty Balin: "I wrote 'Miracles" about Barbara (his girlfriend at the time), and also about the miraculous powers of Sai Baba. I went to Puttaparti with Barbara and saw Sai Baba. We journeyed through the South Indian desert to the village; the song emerged from that darshan, that experience." 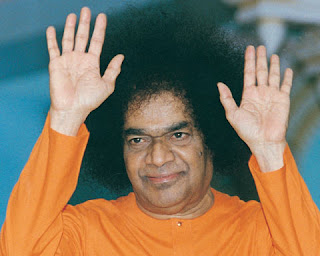 "When I wrote 'Miracles,' I had my love for Barbara and my love for Sai Baba -- two very different forms of love -- running through me. So the song is about both of them. I picked up my guitar and I started singing: 'If only you believe, if only you believe like I believe, we'll get by' The words flowed one after another, along with the music; I got the song written down in one draft, on a sheet of yellow paper." 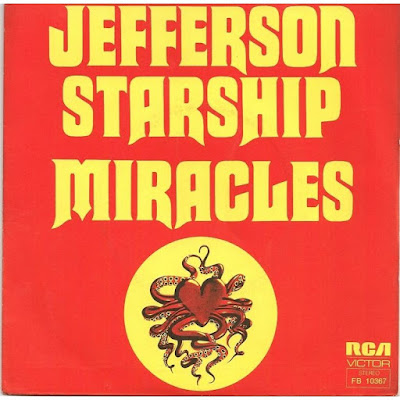 "Miracles" is also a bit of a cult favorite because of its use at the end of the 2006 film Crank, in which Jason Statham falls to his apparent death. "Apparent" because there is a Crank 2.