No Dark Sarcasm in the Classroom 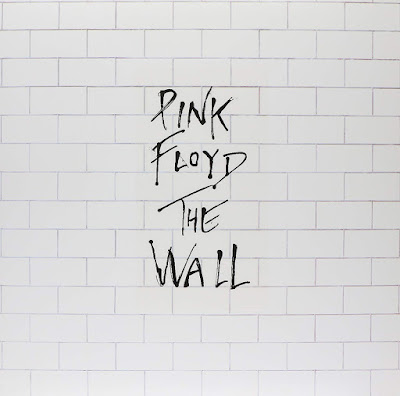 Pink Floyd : Another Brick in the Wall, Part 2

On November 30, 1979 Pink Floyd released The Wall, four sides of dark, dismal and gloomy dread that spent 15 weeks atop the U.S. album charts. Sales have surpassed 20 million. One of those copies was purchased by my dad, who would play it in the car as he drove me up to boarding school. If there is one album you do not want to be listening to on a two hour drive wintry drive to a boarding school, it's The Wall. My dad thought it was brilliant. He was still buying  one album a year, and this was his purchase in early 1980. When I said the school master in "Another Brick of the Wall, Part 2" reminded me of Oliver Twist ("If you don't eat yer meat, you can't have any pudding"), he thought I was making fun of the Floyd, and him. And I could sense his anger building in the silence we shared.

With the exception of "Comfortably Numb" and a few others, The Wall was written and composed by Roger Waters. The spark that inspired the album began on the Animals tour. He began to feel alienated on stage and contempt for the people who paid to see Pink Floyd in concert.

Mojo Magazine sums up Waters' mindset in this way:

Waters, so disillusioned by stadium shows that he spat at a fan and fantasised about dropping bombs on the audience, said he would only perform again behind a wall.

The recording was fraught with tension. Producer Bob Ezrin, who made his mark with Alice Cooper and Kiss, was brought in as both a collaborator and as a bridge between Waters and the other members.  Keyboardist Richard Wright was dismissed during recording but stayed on as a salaried musician. David Gilmour and Waters managed to compose "Comfortably Numb" together but, again, almost everything else was Waters.

Adding to the tension was a deadline imposed by the record company to get the album out by the Christmas 1979 season. Waters cracked the whip, calling in band members from family vacations. Waters had his vision but he did allow Ezrin to suggest a disco beat be added to "Another Brick in the Wall, Part 2".  He also recorded some school children to sing with a cockney accent. According to Ezrin, when he played the children's vocals to Waters, "there was a total softening of his face, and you just knew that he knew it was going to be an important record".Waters said: "It was great—exactly the thing I expected from a collaborator."  As a single, the song would hit #1 in the U.K., the United States and Germany, propelling more sales of the double album.

Reviews of the album were mixed at the time. Robert Christgau gave The Wall a B-, writing:

For a dumb tribulations-of-a-rock-star epic, this isn't bad -- unlikely to arouse much pity or envy, anyway. The music is all right, too -- kitschy minimal maximalism with sound effects and speech fragments. But the story is confused, "mother" and "modern life" make unconvincing villains, and if the re-contextualization of "up against the wall" is intended ironically, I don't get it.


This is very tough stuff, and hardly the hallmark of a hit album. Whether or not The Wall succeeds commercially will probably depend on its musical virtues, of which there are many...Even Floyd-starved devotees may not be sucked into The Wall's relatively flat aural ambiance on first hearing. But when they finally are -- and then get a good look at that forbidding lyrical landscape -- they may wonder which way is out real fast.

And from Melody Maker:

I'm not sure whether its brilliant or terrible but I find it utterly compelling.

Labels: 1979, Another Brick in the Wall Part 2, Pink Floyd, Roger Waters, The Wall