Who Said Anything About Love? 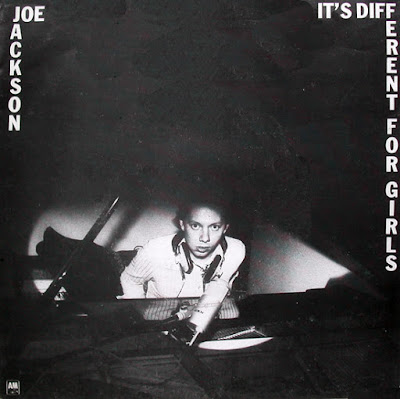 Joe Jackson : It's Different For Girls

On November 30, 1979 Joe Jackson released "It's Different For Girls", the second single from I'm The Man. Critic David Hepworth's reaction: "a very good song but a mite too sprawling and unfocused to be much of a hit". It would actually be the biggest U.K. hit of Joe Jackson's career, peaking at #5.

The song reverses the classic roles between a man and a woman. He wants to connect on a more intimate level. She just wants sex:

She said, "Just give me something
Anything
Well give me all you got but not love"

It was something that I heard somewhere that struck me as a cliché. The sort of thing that someone might say. And again, I thought, What could that be about? And that maybe the idea was to turn it on its head and have a conversation between a man and a woman and what you’d expect to be the typical roles are reversed. So that was the idea of that.