Wind In Your Hair 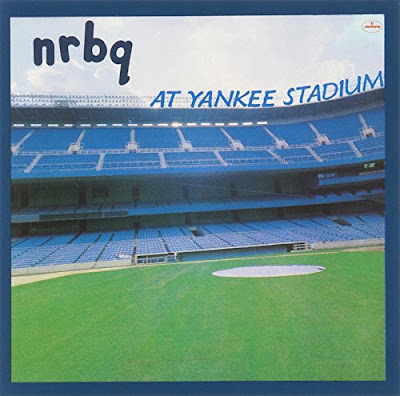 In 1978, NRBQ released their best album, At Yankee Stadium. No, it's not a live album. The cover photograph is literally NRBQ sitting in an empty stadium for bassist , and Brooklyn native, Joey Spampinato's birthday. It's called humor, people. And that, along with a sweet sense of Beatlesque melodies often verging on chaos is one of the reasons I have always loved this band. Listen closely to what Terry Adams is doing on keyboards during this would-be hit and you will hear what I mean.

Early version of Yankee Stadium included "Ridin In My Car", from the previous album All Hopped Up. Mercury Records thought enough of the song to secure rights for it on Yankee Stadium. But Mercury  Records, always the villain in any story, dropped NRBQ two weeks after the release of the album.

Robert Christgau gave the album a B+ rating in his review:

Although I give them points for stick-to-it-iveness and good cheer, their records have always struck me as complacent because even the subtlest r and b has a more pronounced backbeat. But on his second try, drummer Tom Ardolino makes a marginal but telling difference--the performance is urgent, intense, up, so that even given their adolescent romantic preoccupations (life on the road, it keeps you young) the songs take on a complex life worthy of their chord changes. And try Terry Adams's Jimi-meets-Thelonious clavinet on "Talk to Me."