A Rainbow For Your Hair 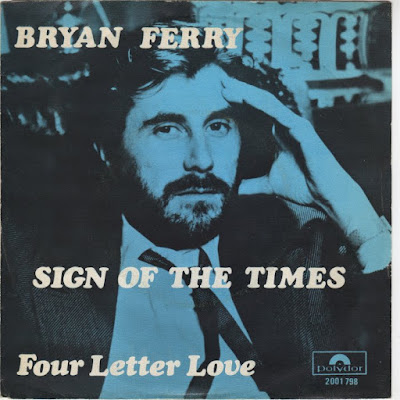 The second single from The Bride Stripped Bare, Bryan Ferry's "Sign of the Times" entered the UK charts at #69 on July 30, 1978. It is arguably the most Roxy of his singles. Bearded and apparently taking no advice about what you can wear in front of a chromakey wall, Ferry shot his video on the set of The Kenny Everett Video Show with a large hawk of some kind. The single only peaked at (CLAP CLAP) #37, but finished #10 on the list of NME's favorite singles of 1978.

Roxy Music would reform this month.