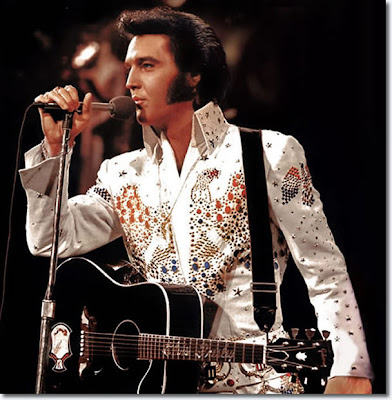 On January 14, 1973, just half an hour past midnight, Elvis Presley made TV history when his concert was beamed live via satellite from the Honolulu International Center Arena  to Australia, Thailand, Japan and many other countries. 40 in all. European nations watched on a delayed basis. Because it was the same day as Super Bowl VII,  NBC broadcast the concert April 4, 1973 where it was reportedly seen by more people than those who watched the first man step onto the moon.


Colonel Tom Parker got the idea of a satellite concert from Nixon's televised visit to China. He told reporters a billion people would see Elvis perform.
To prepare for the concert, Elvis lost more than 20 pounds training with his Kung Fu master Kang Rhee. 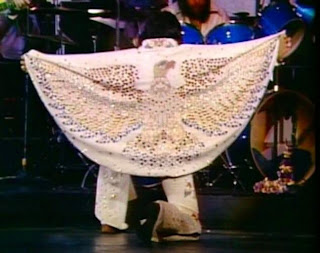 Following the "Also Sprach Zarathrustra" intro,  Elvis , wearing his "American Eagle" jump suit, stepped in front of 6000 fans on a huge stage and put on one of the best shows in his life. The stage was built with a runway which allowed Elvis to walk out into the audience, kiss the ladies and wipe his sweat off onto anything they handed him. He was tan. He was playful. He sang 24 songs including hits "Burning Love", "Suspicious Minds" and "Hound Dog" and covers from George Harrison ("Something"), James Taylor ("Steamroller Blues") and Marty Robbins ("You Gave Me a Mountain"). 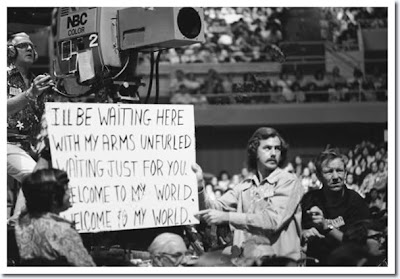 After the show Elvis met the actor he singled out during the concert, Jack Lord of "Hawaii 5-0". The two agreed to meet for dinner at Lord's house and began a friendship that lasted until the King's death. 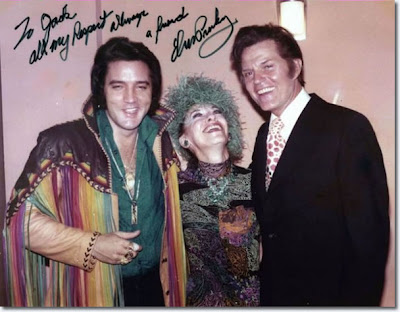