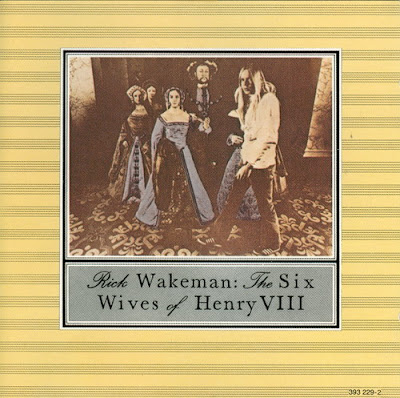 Released in January of 1973, and written on Yes's tour of the United States, Rick Wakeman's Six Wives of Henry VII is an album of instrumentals. Each track is devoted to one of Henry VII's wives, about whom Wakeman read on long plane trips between gigs.  The album was recorded in London with members of Yes and The Strawbs and was debuted in a BBC performance on The Old Grey Whistle Test ( seen below)


The album sold 15 million copies and stands up better than most of the albums from the progressive rock era. That's despite mostly dreadful reviews that met the album.