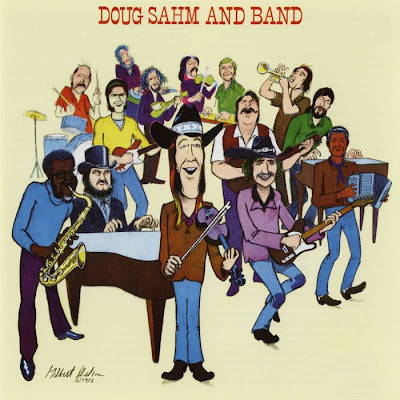 In this case "And Band" includes Dr John, accordionist Flaco Jimenez, jazz saxophonist David "Fathead" Newman and some guy named Bob Dylan who wrote "Wallflower" for Doug Sahm. Sahm has led the Sir Douglas Quintet through its commercial peaks ( "Mendocino, "She's About a Mover"). Now , newly signed to Atlantic, Sahm--who embodied all that was great in Texas music-- was given the ultimate opportunity to record a huge commercial album.

Not that the results sold all that well.

But And Band is a great party, played in good spirits by good friends. Among the highlights is a cover of the 1970 Charley Pride #1 C and W hit "( Is Anybody Goin' To) San Antone" and "I Get Off". One can only hope Dylan had half the fun with The Travelling Wilburys.