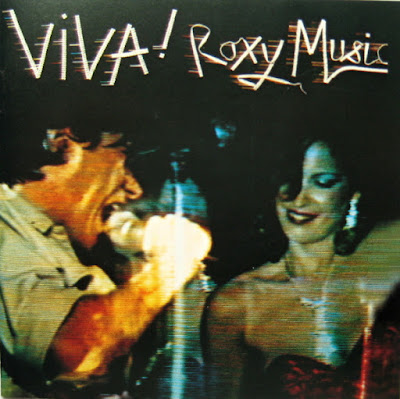 Roxy Music : If There Is Something

Following the release of Siren, Roxy Music took what was described as an "indefinite rest" so Bryan Ferry could pursue his solo career. Ferry had both a single, "Let's Stick Together", and an EP in the UK charts when, in August of 1976,   Roxy Music released Viva!, a live album culled from three separate concerts.

Live albums don't usually excite me but there is something very intriguing about Viva! The appearance of ex-King Crimson bassist John Wetton, whose band had just broken up. Wetton would never appear on a studio album but on this live album, he plays some beefy bass on all five tracks recorded at Newcastle City Hall in October of 1974, including an epic version of the debut album track "If There Is Something". Rather than join Roxy Music, where he'd likely have little input, Wetton went on to form U.K. with Bill Bruford and then Asia with Steve Howe.

Labels: 1976, If There is Something, Roxy Music, Viva! Roxy Music