Shoot That Boy In The Legs 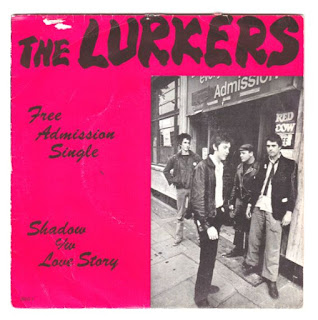 Named for the Rolling Stones album, Beggar's Banquet was a record store that flirted with concert promotion when they decided to released their first single as a record label in July of 1977: "Shadow" by the London based punk band The Lurkers. One can instantly hear why The Lurkers were dubbed "The British Ramones". The debut album that would follow in 1978 is one of the first punk records purchased by Black Flag's Henry Rollins.