The Bells Up in the Sky 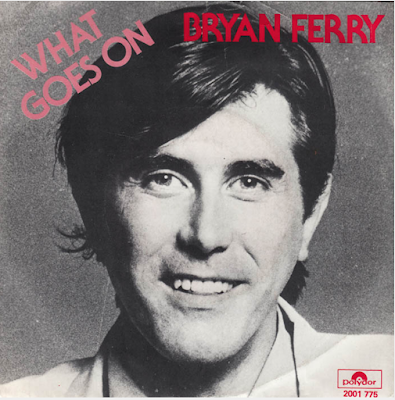 Bryan Ferry : What Goes On

On May 8, 1978 Bryan Ferry's cover of the Velvet Underground's "What Goes On" dented the U.K charts at #71. It would peak at #67. The track is from Ferry's new album The Bride Stripped Bare. At the time Ferry was in anguish, which might explain the beard in the videos below.

His girlfriend ( and Siren cover model) Jerry "Prairie Rose"  Hall had left him for Mick Jagger. Ferry adds the line  "How does it feel to be loved" from another Velvet Underground track, "Beginning to See the Light" just to get in one more heartsick dig.

Doesn't hold a candle to the original but that third Velvets album is an all time favorite of mine.

Labels: 1978, Bryan Ferry, The Bride Stripped Bare, What Goes On