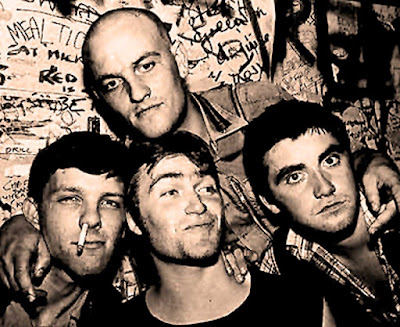 In May of 1978 the punk rock band Angelic Upstarts released their debut single "The Murder of Liddle Towers", an anti-police diatribe recounting the death of a 39 year old electrician who was allegedly beaten by police outside a nightclub. He died three weeks later.  An inquest into the death returned a verdict of justifiable homicide.

Why did he die, or did they lie?
I think he's dead, so a doctor said
He was beaten black, He was beaten blue
But don't be alarmed, it was the right thing to do
The police have the power, Police have the right
To kill a man to take away his life
Drunk and disorderly was his crime
I think at worst he should be doing time
But he's dead He was drunk and disorderly and now he's dead

More than two decades after its release, their debut single, "The Murder Of Liddle Towers", was included in Mojo magazine’s list of the best punk rock singles of all time. With other blue collar punks, the Upstarts became the forefathers of the Oi skinhead movement although they were anti-racism and never flirted with right wing elements.
at 2:00 AM