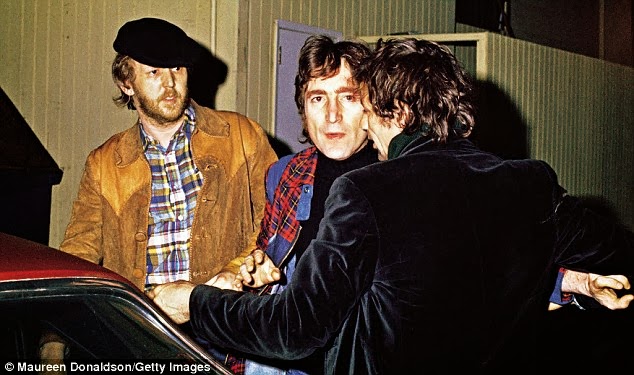 OK. So I was drunk. When it's Errol Flynn, all those showbiz writers say "Those were the days when we had Sinatra and Errol Flynn, socking it to the people." I do it...I'm a bum
-John Lennon

This week in 1974 John Lennon's lost weekend hit its low points. First, at a dinner in a Santa Monica restaurant with May Pang and Jesse Ed Davis, Lennon emerged from the bathroom with a kotex on his forehead. The three went to the Troubador where, even more drunk, Lennon asked a waitress "Don't you know who I am?" The waitress snapped back "Yeah, you're some asshole with a Kotex on his forehead."

On March 12, Lennon and Nilsson returned to the Troubador where they drunkenly heckled Tommy and Dickie Smothers in front of such luminaries as Paul Newman, Joanne Woodward and Peter Lawford. They were ejected from the club and Lennon got into a tussle with a parking attendant as flashbulbs popped. 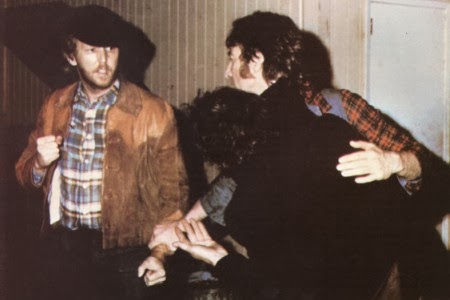 The next day Lennon and Nilsson sent the Smothers Brothers flowers and a note of apology. Actress Pan Grier also received a note: 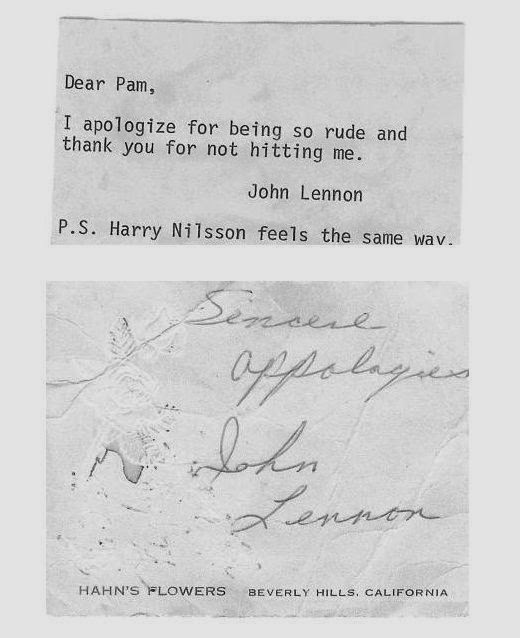