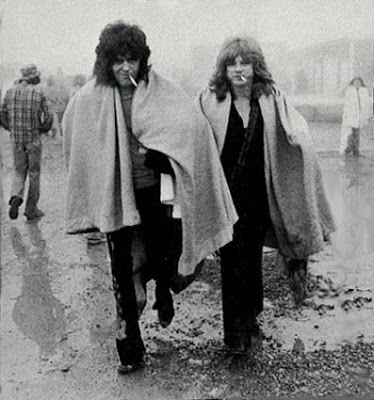 Forty years later what most attendees remember about the Poconos Raceway concert on July 8 and 9th of 1972 is the rain. A cold torrential rain. And the resulting giant mud pit.

UPI reported the Long Pond Pennsylvania concert was "the biggest and most peaceful rock festival since Woodstock" with more than 200,000 people braving the elements to see some of the biggest rock acts in the world. Because of the rain, the concert schedule got pushed back. Edgar Winter got on at 11PM but Emerson Lake and Palmer took the stage at 4 AM . Faces with Rod Stewart appeared at 5 AM. Three Dog Night took the stage in the bright morning sunshine. Michael Allsup writes in his online autobiography:

As I recall, weather caused slow turnover time between bands and the rain made it unsafe to perform. The concert went way into the night. In fact, we didn't go on until about 6 or 7 in the morning. There was a sea of people that "stayed the course" and spent the entire night camping there. Kind of a "Woodstock" feel to it. A huge audience. 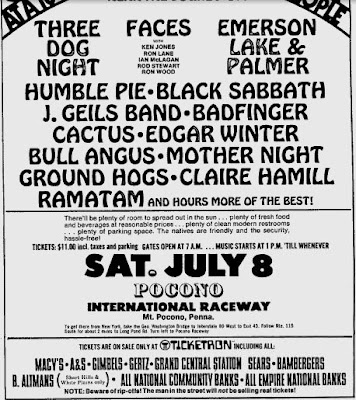 There were drugs of course but the biggest problem was traffic. There are stories of a 75 mile back up on Interstate 80. Hundreds of drivers abandoned their cars. The bands came in by helicopter. Some fans even parachuted into the concert. One man, below,  apparently lost his clothes. But I feel most sorry for the spectators behind him. 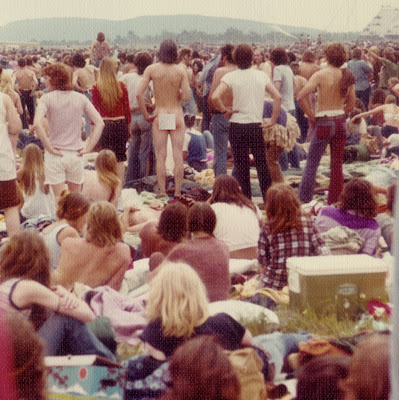